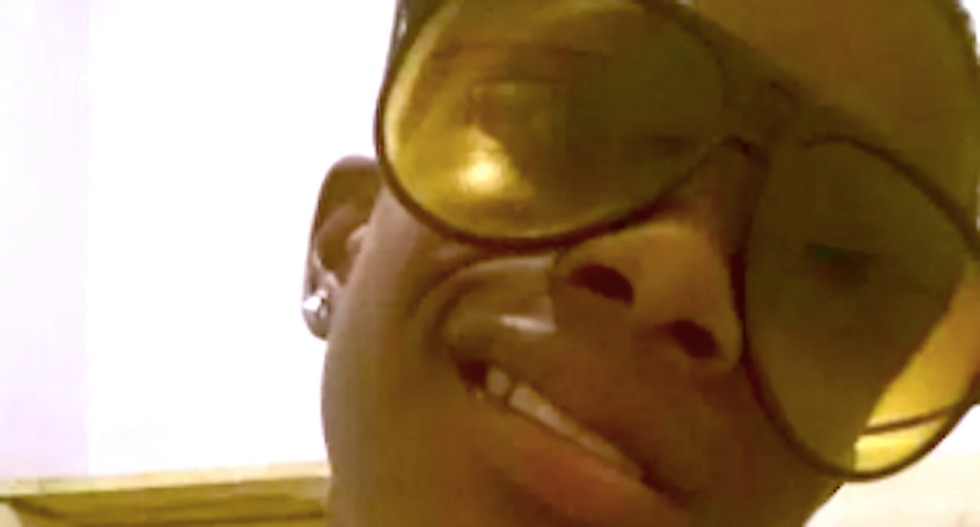 The NRA is pressuring lawmakers to loosen up gun laws across the country, and then relieving gun owners of responsibility when they use their weapons to kill.

The results are predictable.

Rolling Stone reported on the fatal shooting of a Missouri boy last year by a homeowner who caught the 13-year-old and two friends going through his car for loose change, and how NRA-backed laws kept the shooter from facing murder or manslaughter charges in the child's death.

The homeowner, Lervurance McDade, was sentenced to two years of probation after pleading guilty to wrongfully possessing a firearm -- the only charge prosecutors filed in the killing of Martinez Smith-Payne.

Both the shooter and the victim are black.

“It’s always sad when you see a young person who is killed because of guns,” Jennifer Joyce, the St. Louis circuit attorney, told the St. Louis Post-Dispatch at the sentencing. “Obviously, this young man was in a place where he shouldn’t have been, doing something he shouldn’t have been doing. Missouri’s laws are pretty clear on this now, though. What we were left with in this case was a gun possession ... Anybody else in that situation with that charge would have gotten the same result.”

The boys tried to run away, but McDade fired as they fled -- but he claims it appeared the teens charged at him, which was enough to meet the standard of "reasonable fear" for prosecutors under the so-called "castle doctrine" law.

Missouri passed a version of the castle doctrine law, which enlarged legal protections for homeowners who shoot in self-defense, in 2007 at the urging of NRA lobbyists, and three years later lawmakers expanded the legislation to include all of a person's property.

That's what prevented Joyce from charging the 60-year-old McDade, who was barred from legally owning a gun due to a previous felony conviction related to unpaid child support, in connection with the boy's death.

The state's House and Senate overrode the governor's veto of a new gun bill in September, which removes the requirement of a permit for carrying a concealed weapon and adds additional "stand your ground" protections to gun owners who shoot when they feel threatened.

"Soon we'll have guns at birth," Joyce told Rolling Stone. "I don't know where we go from here. It doesn't look good."

That makes Missouri the first state to pass a "stand your ground" law, which was written for Florida by the NRA and promoted in 21 other states by the American Legislative Exchange Council, since the 2012 fatal shooting of Trayvon Martin.

The American Bar Association has advocated the repeal of those laws, after research found "empirical evidence ... that states with statutory stand your ground laws have increased homicide rates."

A recent study published by the American Medical Association found Florida's homicide rate had jumped by 31.6 percent in the decade since it became the first to pass a stand your ground law.

Joyce declined to say whether she would have charged McDade in the teen's death if the castle doctrine hadn't been on the books, but she rebuked lawmakers who did the NRA's bidding and helped stoke an epidemic of gun violence in her city.

"But when we go to the legislature to talk about the loss of life we're seeing, we sound like the teacher in Charlie Brown," Joyce said. "They really don't care."