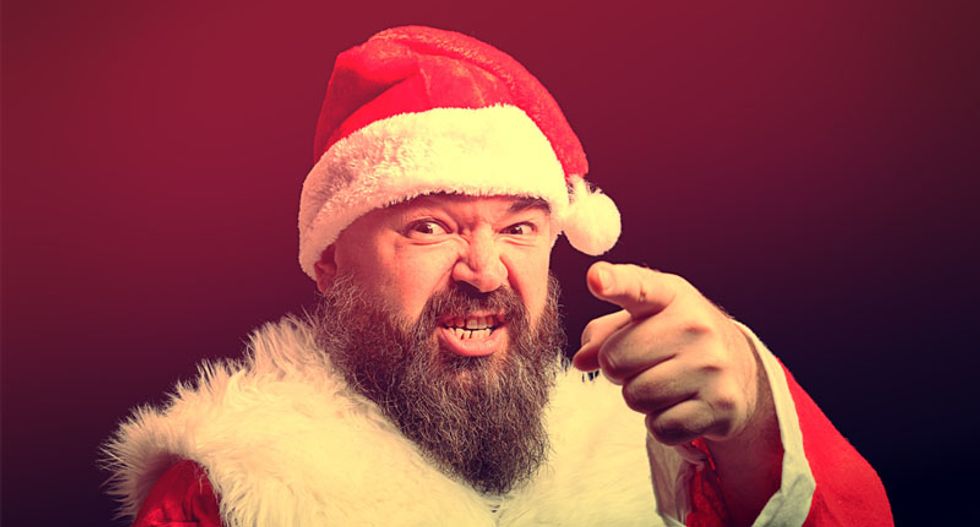 From Boston to Austin and Chicago to Los Angeles, revelers across the United States will be donning red and white suits this weekend to mark the worldwide SantaCon holiday pub crawl.

The annual, often inebriated gatherings of people dressed as Santa Claus as they go barhopping will be held in 380 cities in the United States and 51 countries, according to SantaCon.info.

The website, which bills itself as the established authority on the event, lists details of festivities around the globe, discounts on Santa Claus costumes and advice on how to avoid ticket scams for the events which are mostly free.

But while the faux Santas are counting on a fun-filled day and evening, some bar owners and local officials are bracing for the worst after previous events ended with complaints of drunken and disorderly behavior, public urination and arrests.

Norman Siegel, the New York lawyer who represents SantaCon, acknowledged that in the past the festival in the city had been marred by drunken incidents but this year organizers are aiming for no, or very few arrests or summons.

"We have established a cooperative, working relationship with the New York Police Department, which is very positive," he said in an interview.

Organizers informed police, the Parks Department and the mayor's office of the SantaCon route and plans, which were agreed.

"There has been an affirmative attempt to try to realistically and substantially ameliorate those negative images of SantaCon," Siegel said, "yet to maintain the spontaneity, creativity and fun."

He estimated thousands of people will be attending SantaCon in New York.