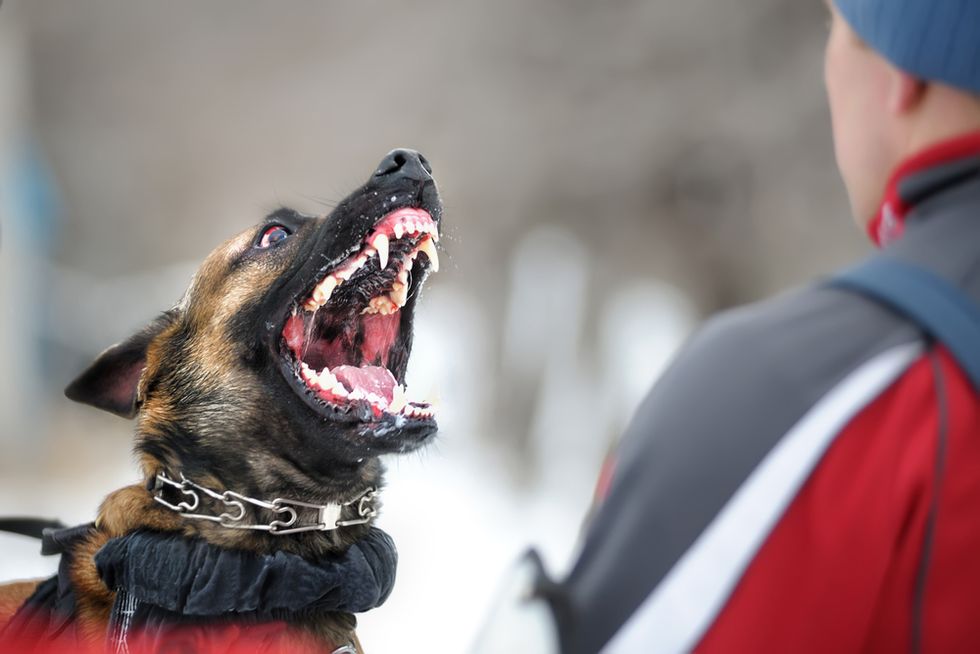 A new video has emerged of San Diego police officers siccing their K-9 on an unarmed, naked man and letting the dog continue to attack him even as he's already been subdued.

The new video, which was uncovered by NBC 4 Los Angeles's investigative reporting unit, shows police responding to a call in August 2015 about a naked man who was allegedly under the influence of drugs and who was seen running around a canyon in the San Diego suburb of University City.

As the man emerged from the canyon, officers ordered him to turn around -- and he initially refused to do so. It was at that point that an officer ordered his K-9 to attack the man, who quickly fell to the ground and started screaming in pain.

The video shows that the officers then successfully subdued the man and had him pinned to the ground -- but still let the dog attack him for almost another full minute.

San Diego Police Department procedures state that officers should issue at least two verbal warnings to a suspect before they order their dogs to attack him -- and in this case, police issued no such warnings to the suspect.

Civil rights attorney Donald W. Cook tells NBC 4 Los Angeles that there was absolutely no justification for the officers' actions in making this arrest.

The man who was attacked by the dog, who wishes to remain anonymous, said that while he shouldn't have taken drugs and run naked through the canyon, nothing he did justified being viciously attacked by a K-9, especially since he was completely unarmed.

"I take some responsibility because I was under the influence," he said. "But nothing justifies the cops used of such force."

Watch the video report on the incident below.