'It should have been a head shot': Internet trolls target father of 14-year-old shot by campus police 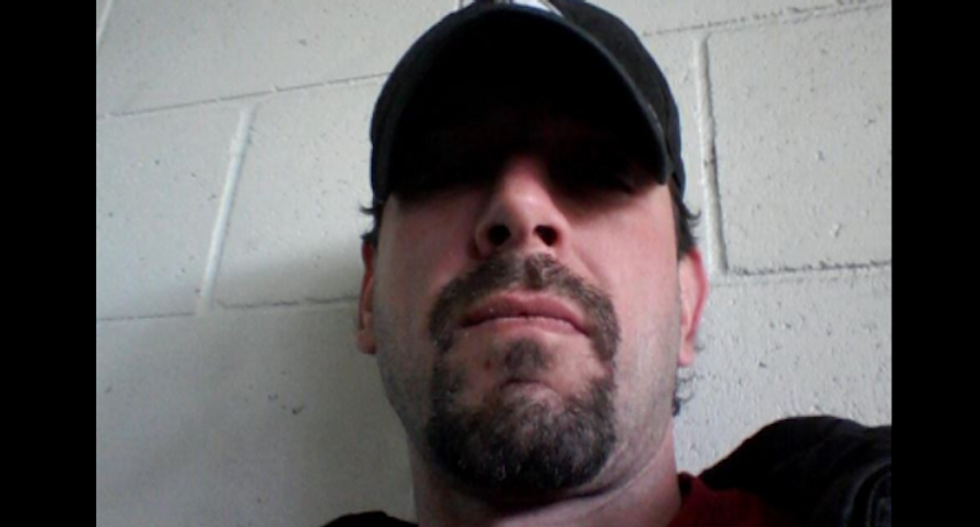 Justin Clark, the father of a 14-year-old Nevada high schooler who was shot by campus police is now being harassed on Facebook. The New York Daily News reported Friday that Clark’s son Logan was carrying a knife and waving it at his classmates when the police shot him.

According to Clark, his son had the knife to protect himself from bullies. The 14-year-old was shot in the neck by a campus police officer at Hug High School in Reno on Wednesday morning and is expected to survive.

In a Facebook post, Clark wrote that his son “brought the knives because he was gonna b jumped and he was the school knew of this and failed to act.” He added that his son had been bullied and “is not the kind to back down.”

Now, people are writing on Clark’s public Facebook posts in response to the week’s events. Clark shared a photo on his timeline on Nov. 21 that reads, “First impression means nothing to me. I’ve met a lot of people that seemed cool as sh*t, but ended up being full of sh*t.”

Roberto Di Pietro commented, “It Should Have Been A F*CKING Head Shot To KILL The Little PR*CK..! Then ARREST His Parents..! His Father Is 100% RESPONSIBLE For The ENTIRE Incident – I Just Visited The Fathers FB Page And His PUNK SON’S PAGE..”

Someone named Tyler Sauer wrote, “Did someone finally get through to you how big of a f*cking idiot you made you and your son look like and decide to take down your post? Don’t worry! We all still have screen shots so we can relive your stupidity.”

On another post, someone wrote, “Your son Logan is a loser! He was in and out of jail for the past 2 years and he is currently on house arrest! It’s a shame the cop didn’t shoot him in his head and save us tax payers money for serving him food as he sits his punk ass in jail for a long time!!!” 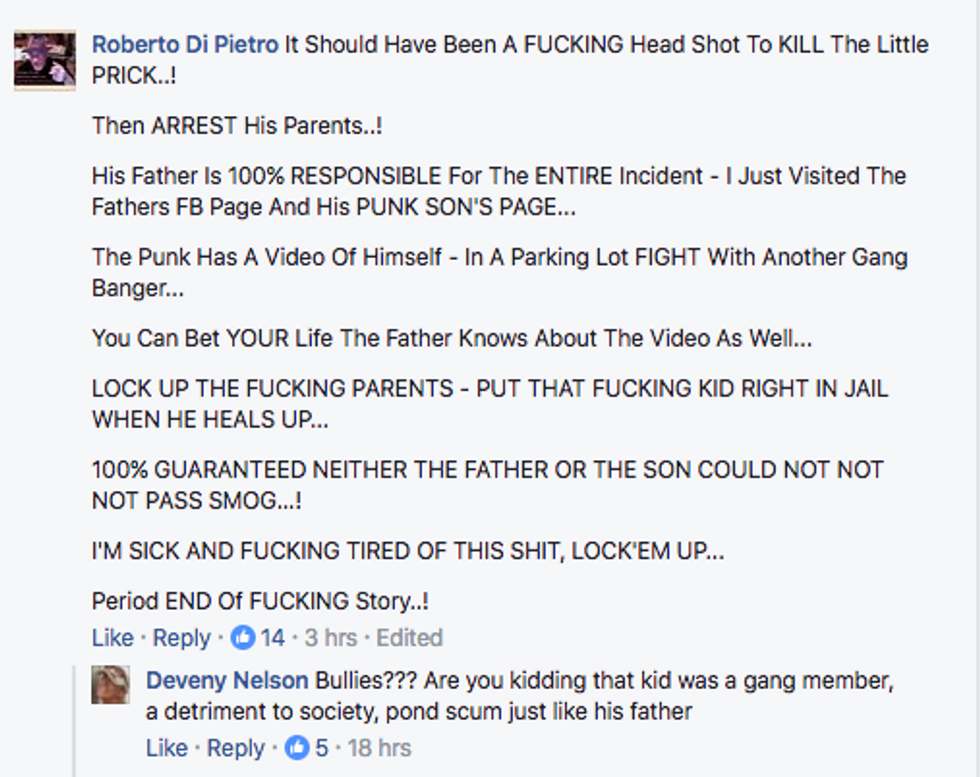 And it didn’t take long for the comments to get political between the commentators.

Reno police are investigating the officer’s use of force. The officer was placed on administrative leave.