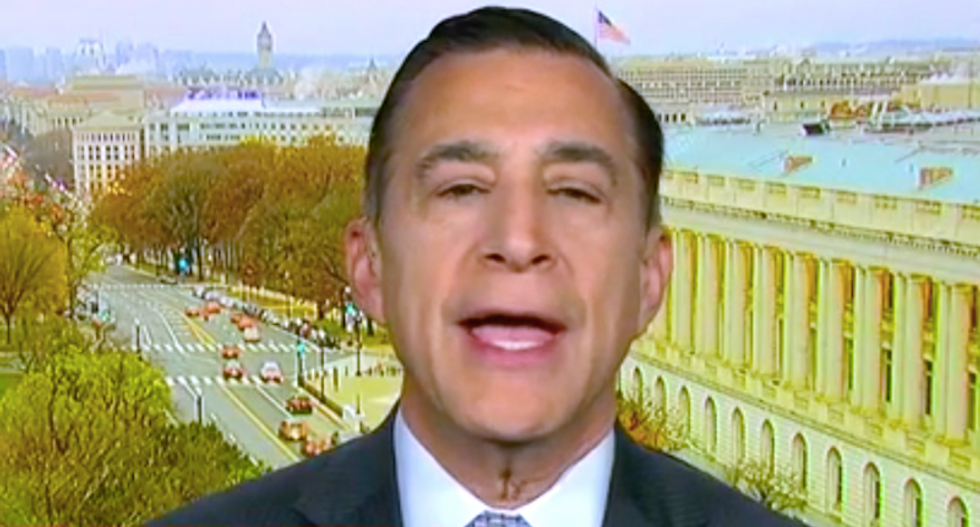 CNN's Chris Cuomo challenged Rep. Darrell Issa (R-CA) over the president-elect's baseless claims that "millions" of illegal votes were cast in the election he won -- and the lawmaker argued for more restrictive election laws and further electronic voting.

"We both know that millions of people did not vote illegally in this country," Cuomo said Monday morning on "New Day." "We're not parsing, I'm not saying it was close -- but you shouldn't say millions. It's nowhere close, it's a gross exaggeration. It's a falsehood -- that's not an opinion, congressman."

Issa argued that illegal votes are cast in every congressional district where voter IDs are not required, but Cuomo pressed him to substantiate the claim that this happened on the scale of millions.

"One of the problems with the media is that they didn't take him seriously, but they wanted to go into minutiae about what he said," Issa said.

Cuomo fired back, arguing that the difference between millions and dozens or handfuls was not minute -- but Issa was undeterred.

"Chris, we do have huge problems in getting elections accurate and quickly, and getting them believed by the American people," Issa said. "I'm going to hold you to your facts. You said dozens or handfuls -- we all know out of 320 million Americans, it wasn't dozens or handfuls."

Issa signaled where Republicans are going with their dark hints about widespread illegal voting.

"We need to get a system that the American people believe in," Issa said. "In California, do voters really believe when they show up at the voting booth and get told to put their ID away, they're not allowed to look at it, when they realize they can have same-day balloting with no proof, you can have 50 people living at a single residence -- I'm not saying whether there's millions or your underestimation of a handful. The fact is, we need to bring (an) absolute form of confidence, and states have been trying to do that, and this president has been fighting."

Issa argued that President Barack Obama had been fighting against voting restrictions that Republicans believe would restore confidence in elections but courts have generally found discriminate against the poor, minorities and younger voters -- who tend to favor Democrats.

"By the way, we need to bring our voting system to be faster," Issa said. "I didn't have a recount, but it took 21 days to call (the) election, and they then counted afterwards. We need to modernize the system, we need to make it accurate and believed by the American people. That's all Donald Trump is getting the American people thinking about."