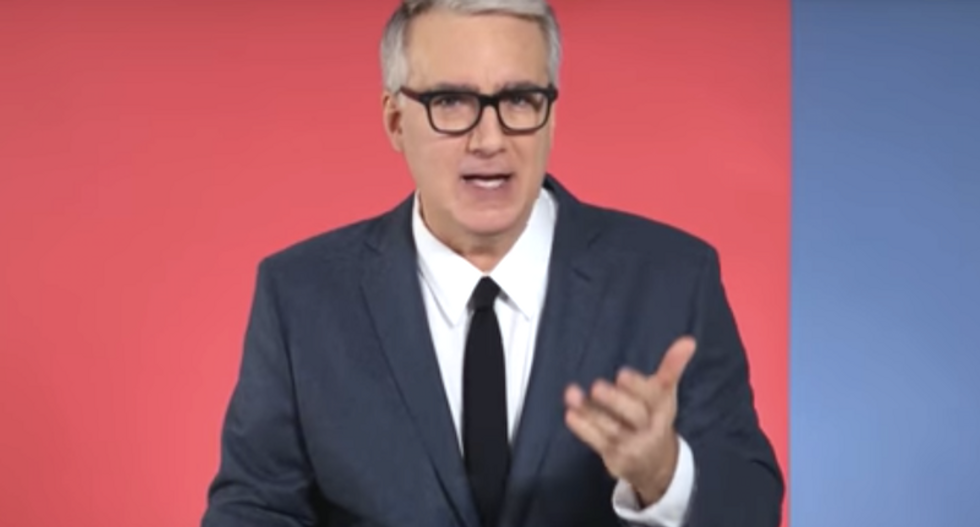 Donald Trump voters fell for the bombastic distraction offered by "banana Republicans" intent on grabbing power and enriching themselves under cover from their party's outrageous president, said Keith Olbermann.

The president-elect campaigned on a populist message, making promises to help economically anxious Americans, but Olbermann said he'll serve as a decoy to distract the media and voters from the greedy machinations behind the scenes.

"The banana Republicans are going on a stealth offensive," Olbermann said. "They have to reveal themselves sooner or later, if only to signal to corporations who own them that, yes, the fix is in."

That signal went out earlier this month, when Rep. Sam Johnson (R-TX) introduced the "Social Security Reform Act of 2016," which would raise the retirement age cut benefits for many middle-class workers by up to 35 percent and slash future benefits in half for younger workers.

"Paul Ryan and all the other corporate whores intend to plunge the knife into the back of Social Security, and especially those hardworking fools of Middle America who actually believed the net impact of a Donald Trump presidency would be more money for them," Olbermann said.

Republicans will carry out their unpopular and destructive agenda while Americans focus on Trump's latest antics, Olbermann said.

"They will be watching whatever Trump is doing at the moment -- at some point likely to be his version of Daffy Duck drinking a gallon of gasoline and a bottle of nitroglycerin, a pile of gunpowder and a glass of uranium-238 and then lighting a match -- and in the background, the Republican House and Republican Senate now full of the subsidiaries of the corporations who were able to buy this country after Citizens United, they will destroy Social Security so the rich can get even richer by stealing a billion dollars one dollar at a time," Olbermann said.