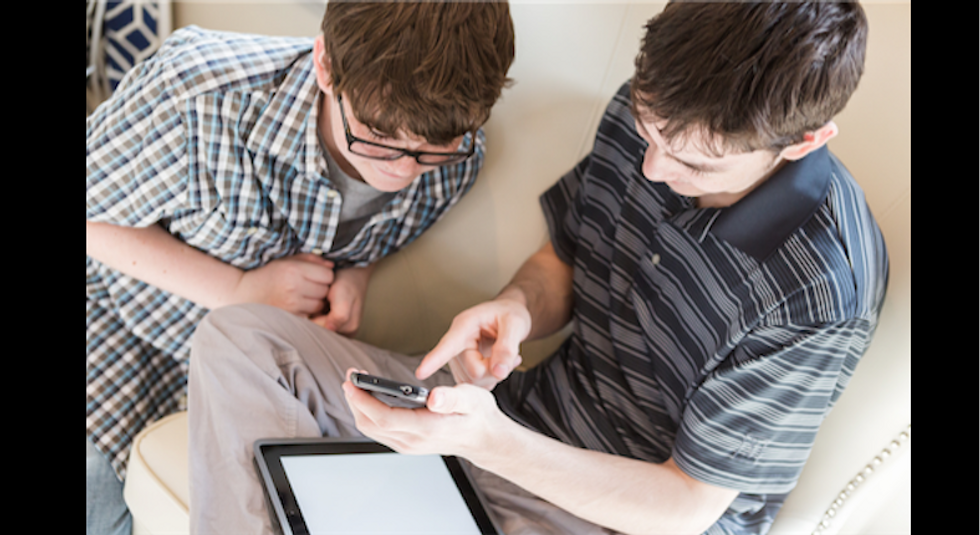 A white 14-year-old Saucon Valley student is being investigated by the Northampton County District Attorney after recording and sharing a racist video of a black 16-year-old classmate, the Morning Call reports.

District Attorney John Morganelli of Pennsylvania described the video's content as "repulsive" after seeing it for the first time on Wednesday, Dec. 7. "I was outraged by it. It was repulsive. It was very insulting," Morganelli said.

The student recorded the video on Oct. 14 and can be heard saying, "Look at that N-word eating chicken." He reportedly also made comments about welfare and other racist stereotypes about his peer.

In a statement released on Wednesday, Morganelli wrote:

The video demeans the 16 year old with numerous uses of the N- word and references to being broke and on welfare. As bad as that is, the 14 year old published the offensive video on social media including Snapchat that was viewed by numerous students as well as the 16 year old male which provoked the assault.

The video led to an altercation between the two students, which resulted in the 16-year-old being "charged as a juvenile with Simple Assault, Harassment and Disorderly Conduct."

He said of the 14-year-old's racist statements that they "really [have] no place in the year 2016" and announced that he is "assigning a Northampton County Detective to investigate this matter further."

According to the report, a group of students at the school have reclaimed the nickname "rednecks," which they call themselves. They reportedly use the term as an excuse for their anti-black sentiments.

"We want to send a message to the 'rednecks' that this is conduct that is not permissible," said Morganelli. "And when they cross the line into violating the statute [against ethnic intimidation], I'm going to enforce it."

The superintendent of the Saucon Valley School District, Monica McHale-Small, said she was surprised by the DA's office decision to open an investigation into the recording.

She said the district administration "handled [its preliminary investigation] very appropriately, meeting with both students and their families." She added that they do not "condone in any way" the student's "incredibly vile" recorded remarks.

"All people have a right to the peaceful enjoyment of their lives," Morganelli said.