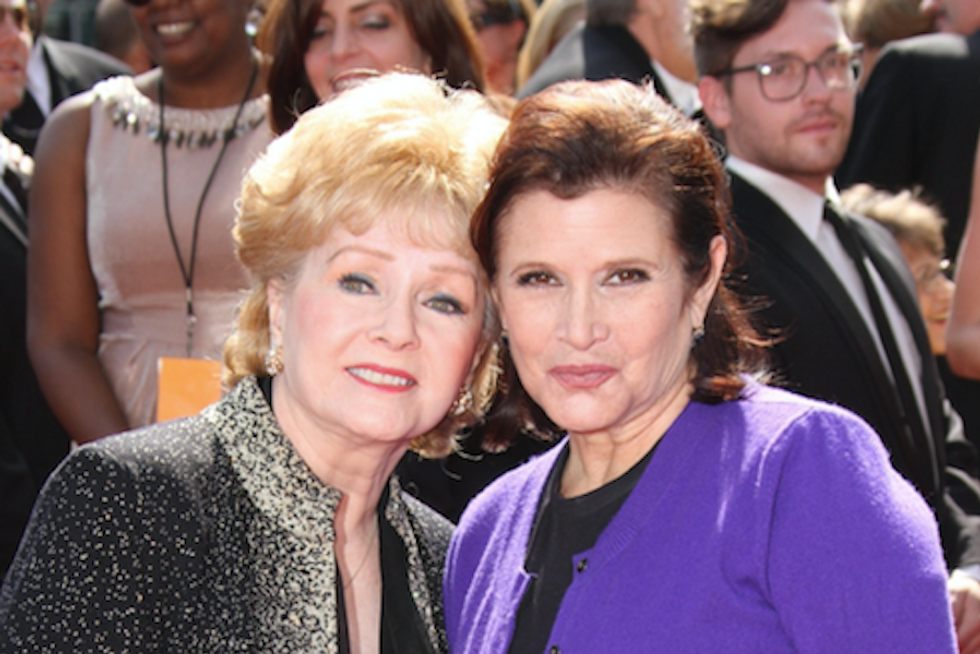 "I want to be with Carrie."

Hours before the stroke that ultimately killed Hollywood legend Debbie Reynolds, the actress and dancer turned to her son Todd and said that she missed her daughter Carrie Fisher -- who died Dec. 26 following a heart attack -- and wanted to be with her. They were among her last words.

AlterNet reported on Thursday that "broken heart syndrome" is a real lethal disorder identified by neuropsychologists that has a history stretching back thousands of years.

"There's been a beautiful history that you can die from misery or loneliness or literally from a broken heart," said stress psychophysiology specialist Prof. Brian Hughes to AlterNet's Alexandra Rosenmann.

According to American Heart Association (AHA), "broken heart syndrome" is what is known as stress-induced cardiomyopathy or takotsubo cardiomyopathy. It is a temporary heart condition brought on by intense or prolonged stress. And in some cases, it can be fatal.

“Women are more likely than men to experience the sudden, intense chest pain -- the reaction to a surge of stress hormones -- that can be caused by an emotionally stressful event," says the AHA. "It could be the death of a loved one or even a divorce, breakup or physical separation, betrayal or romantic rejection,”

"The ancient Greeks and Romans felt that many emotions were reflected in the body and the people with different characteristics and different personality types have different body shapes and body functions," said Hughes, who is the president of the international Stress and Anxiety Research Society (STAR).

"Nowadays we often feel that these notions are myths and superstitions, or in the case of fiction, artistic license," he continued. "However there's actually a very consistent line of research linking emotional function to the brain and to physical health and disease in the body and one of the most compelling examples this relates to cardiovascular function and especially to the notion of cardiovascular stress reactivity."

The University Hospital of Zurich has conducted a long-term study of "broken heart syndrome," following 1,000 patients who have been diagnosed with the condition.

Their research specifically examines the link between brain activity and heart function. Many of the patients affected by the syndrome, they say, are women over the age of 50.

"We know from experiments on animals that long-term stress can be fatal. Under fire from too much adrenaline, noradrenaline and cortisol, a whole range of organs start to fail after certain time and the animal dies," said University Hospital's Lutz Jäncke.

Watch a video about the University Hospital of Zurich's study of broken heart syndrome, embedded below: