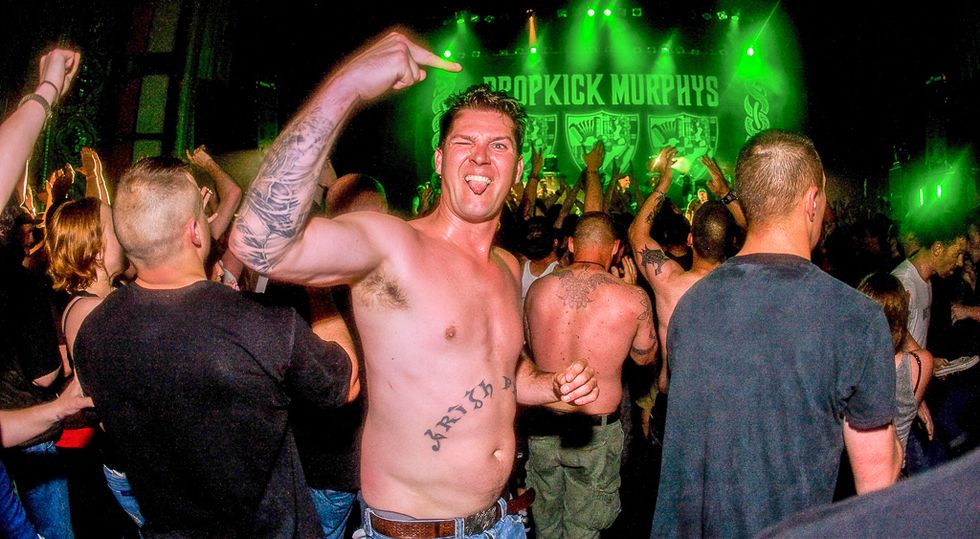 A rowdy crowd slam dance in an aggressive Mosh Pit during a Dropkick Murphys punk rock concert at the Paramount Theater in Seattle, WA on June 27, 2011. (Shutterstock.com)

According to The Laconia Daily Sun, the incident occurred while Maloney was attending a Dropkick Murphys concert in September.

Police in Gilford said that a Meadowbrook security officer approached Murphy and his group over complaints that they were being rowdy outside the Bank of New Hampshire Pavilion.

Someone in Maloney's group called 9-1-1 because they wanted the state police to respond to the call instead of local police, Kelley said.

Maloney was accused of putting his hands in his pockets and then chest bumping one of the uniformed officers. Maloney was charged with misdemeanor assault of a police officer and released on personal recognizance bail.

The 4th Circuit Court, Laconia Division was scheduled to hear the case on Monday, but Maloney was granted a continuance of 45 to 60 days to contact witnesses.

Maloney could face jail time if convicted. He was elected to his first term in the New Hampshire legislature on Nov. 6.