Newt Gingrich: Trump will continue to tweet no matter whether it's 'brilliant or stupid' - so get used to it 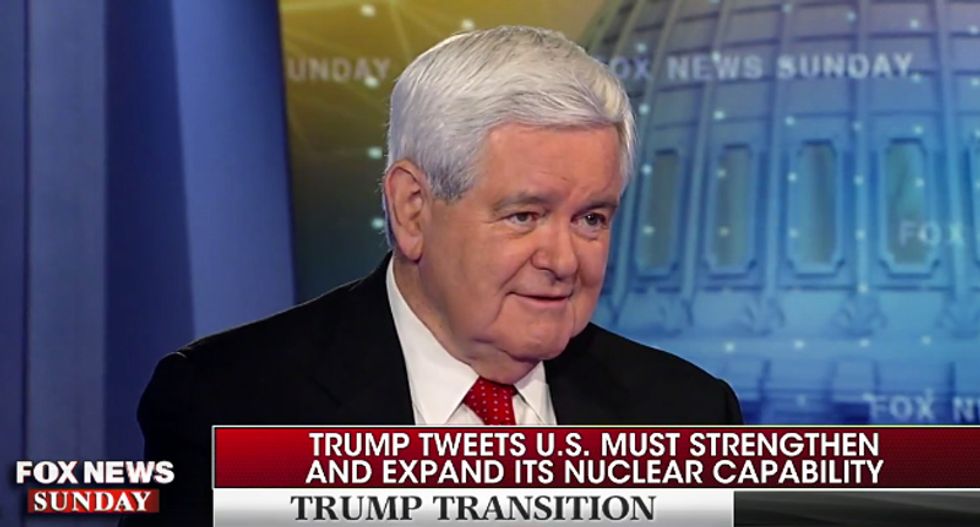 Appearing on Fox News Sunday, former House Majority Leader Newt Gingrich said Donald Trump's use of Twitter signals a new era of communication and people better get used to it whether "it's brilliant or stupid."

Speaking with host Chris Wallace, Gingrich said he had a suggestion for people who are upset about the Leader of the Free World hopping on Twitter to express thoughts with little regard for real world consequences.

"We might as well get used to it," Gingrich said. "This is who he is and how he's gonna operate. Whether it's brilliant or stupid, he beat 16 rivals, then he beat Hillary Clinton and he beat the elite media. He ain't giving it up."

"Do you think it's brilliant or stupid?" Wallace asked.

"I think it's brilliant," Gingrich replied. "Because, first of all, he's able very quickly, over and over again, to set the agenda. And at almost no cost."