North Carolina boy says he was fat-shamed by Santa Claus 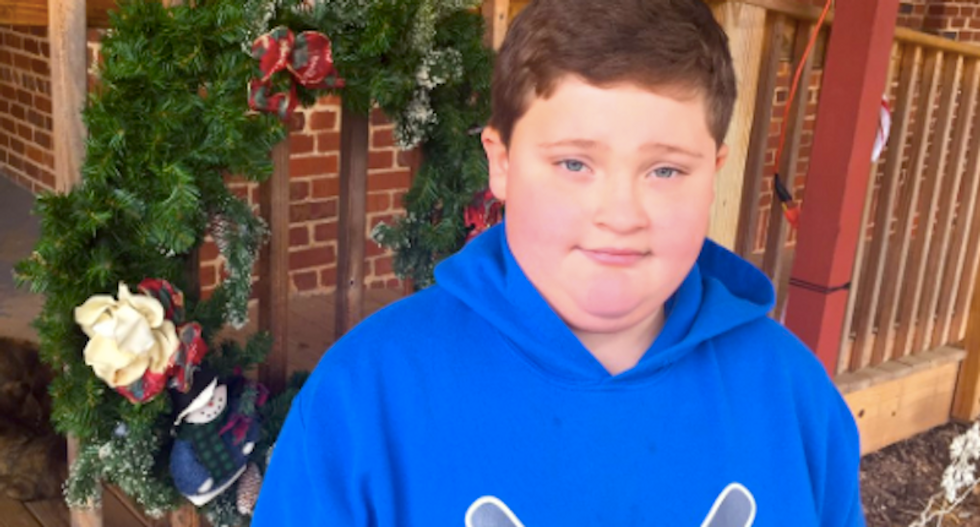 A North Carolina boy said he was fat-shamed by Santa Claus at a city-sponsored event.

Anthony Mayse and his mother went to a holiday celebration in Forest City, where they went ice skating, took a carriage ride and met Santa, reported WLOS-TV.

The 9-year-old said he wanted an iPod Touch and a drone for Christmas, and the boy said Santa made him cry with an insult about his weight.

"When he got done, he said, 'Lay off the hamburgers and French fries,'" Anthony said. "And that really just disrespected me, and I felt awful."

His mother, Ashley Mayse, said the Santa acted rude to the children who sat in his lap.

"He acted like he didn't want to be there to do the job," she said.

Anthony was so upset he tore up the photo of himself with Santa -- who the city manager asked to apologize.

"When he went to apologize to me, he didn't even mean it," Anthony said.

The boy's mother hopes the city will fire the Santa, but city officials have not said whether any disciplinary action will be taken.