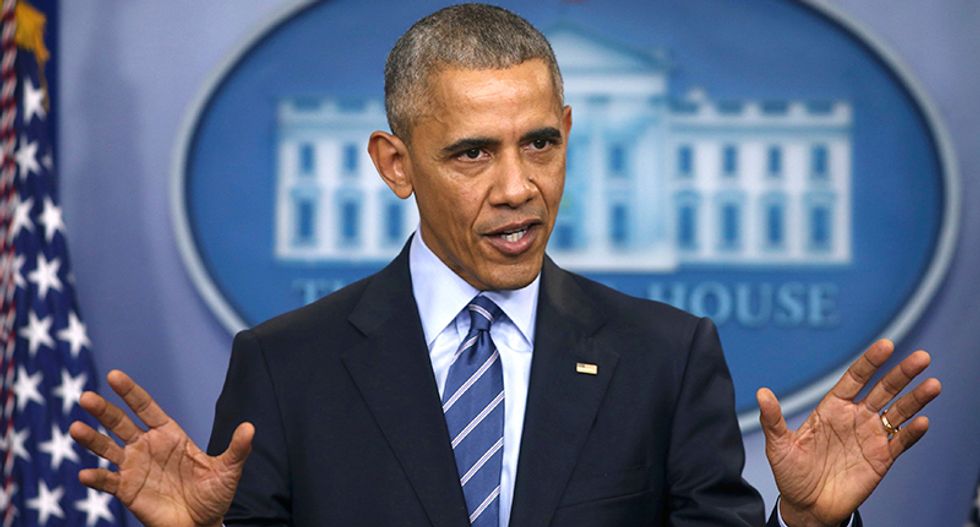 U.S. President Barack Obama talks about cyber hacking during the U.S. presidential election as he holds his final news conference of the year at the White House in Washington, U.S., December 16, 2016. REUTERS/Carlos Barria

President Barack Obama plans to meet Democratic lawmakers in Congress next week to discuss how to protect his signature healthcare law from Republican efforts to dismantle it, a White House official said on Friday.

Obama, who is leaving office on Jan. 20, will attend a meeting with Democrats from the House of Representatives and the Senate on Wednesday, the official said.

During the session, Obama will warn Democrats that allowing Republican lawmakers to scrap the Affordable Care Act before proposing a replacement would create "chaos" in the U.S. healthcare system, according to the official.

Republicans, who control both chambers of Congress, have said they will quickly repeal Obamacare, but will delay the implementation of the repeal for two to three years as they develop a new plan.

Republican President-elect Donald Trump campaigned on a pledge to get rid of the 2010 healthcare law. He promised to replace the law with a plan to give states more control over Medicaid and allow insurers to sell plans nationally.