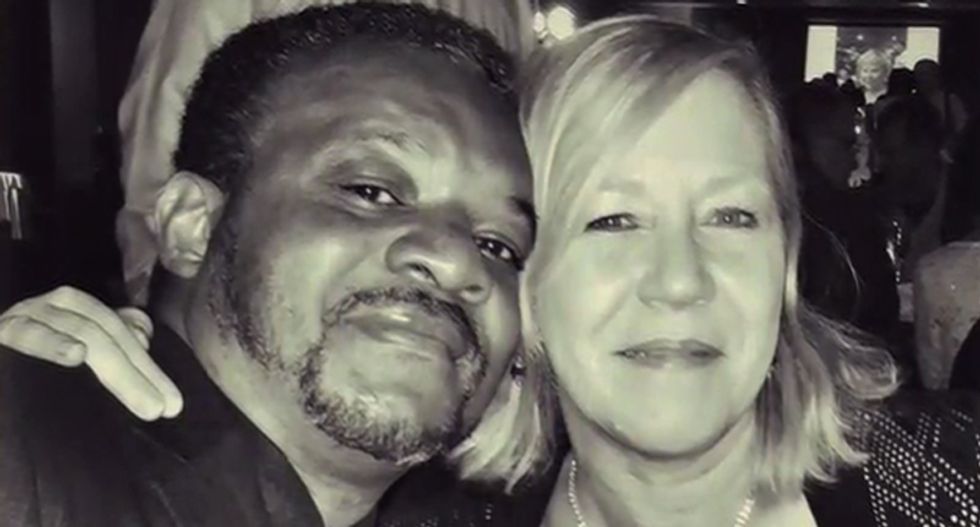 An interracial Ohio couple returning from Thanksgiving holidays with their daughter came home to find a property they owned completely trashed with swastikas and "white power" slogans written on the walls, reports WCMH.

According to Pat and Joe Jude, the house they planned to spend their retirement years in was severely damaged during their absence, with pipes broken causing flooding and appliances destroyed.

Despite the extensive damage done to the home it's not the worst the couple -- Pat is white and Joe is black -- have faced due to bigotry.

Six years ago the couple's 16-year-old son committed suicide after being bullied for being biracial.

“We’ve gone through that,” Pat said. “You never get over it, but then you come in here, and it’s the same kind of stuff.”

Watch the video below via WCMH: