'One fancy dinner gives him the right to screw you’: Colbert ridicules Romney over Trump's public rejection 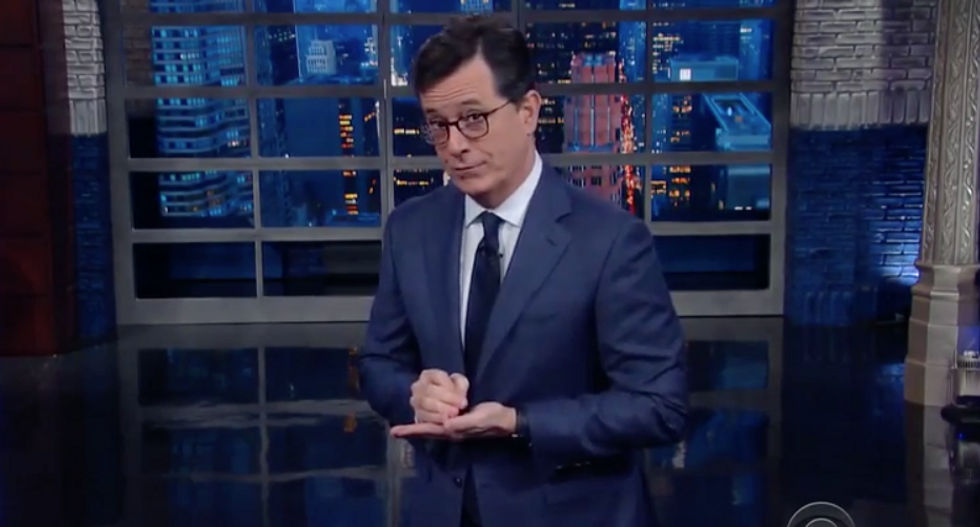 Late Show host Stephen Colbert taunted Mitt Romney on Wednesday over his willingness to tryout for the role of Secretary of State despite actively campaigning against Donald Trump during the general election.

Discussing Trump’s decision Tuesday to nominate Rex Tillerson as Secretary of State after a widely-publicized courting exercise involving Romney, Colbert replayed the former Massachusetts governor’s infamous Mar. 3 speech assailing the president-elect for being “a phony” and “playing the American public for suckers.”

“I don’t know about the American public, but Trump certainly played one guy for a sucker. Because everybody thought Mitt had it in the bag after Trump took him to that fancy dinner,” Colbert remarked, showing the widely-mocked image of Romney and Trump dining together at a New York City restaurant last month.

“Now, we shouldn’t be surprised,” Colbert added. “Trump seems like the kind of guy who feels like one fancy dinner gives him the right to screw you.”

Colbert noted Trump “rubbed salt in Romney’s wound” by nominating Rick Perry as Secretary of Energy despite the former Texas governor’s similarly harsh words against the president-elect, and his inability to remember the department he’s now tapped to run.