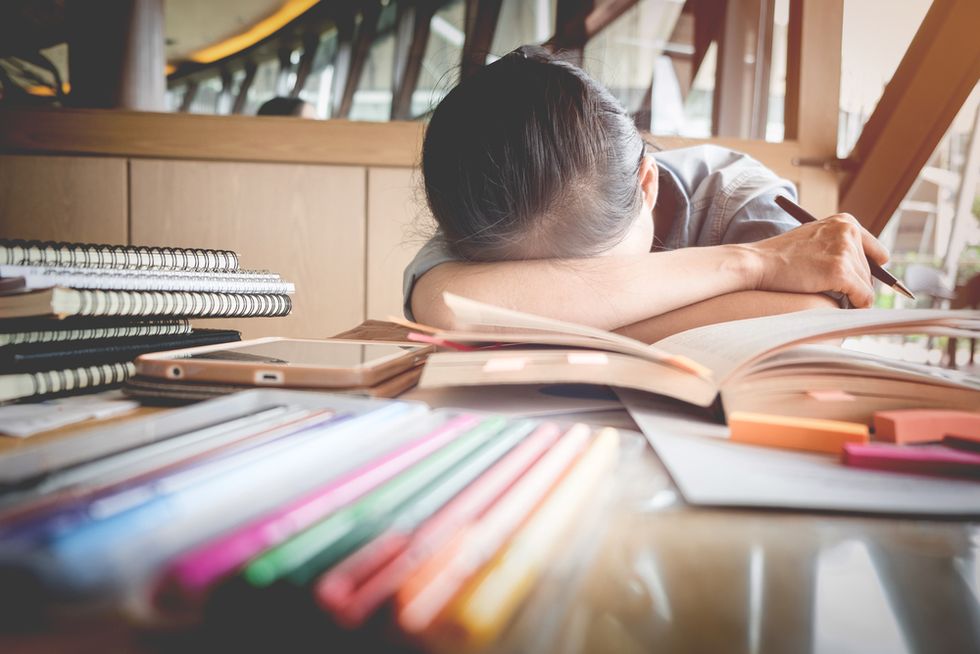 Female student sleeping at the desk with piles of books (Shutterstock)

The U.S. Department of Education is holding a "listening session" for Texas parents next week -- but parents are already flooding the DoE's announcement page with angry complaints about being denied special needs education for their children.

Why are parents in Texas being denied appropriate resources needed to help their children with special needs?

As a report in The Houston Chronicle from earlier this year explains, "the Texas Education Agency arbitrarily decided what percentage of students should get special education services" in the state back in 2004.

Because the state decided that special needs children could only account for a fixed percentage of overall students, tens of thousands of students have been left out of the education they should be getting.

"Over a decade ago, the officials arbitrarily decided what percentage of students should get special education services — 8.5 percent — and since then they have forced school districts to comply by strictly auditing those serving too many kids," the Chronicle reported this past September. "Their efforts... have saved... billions of dollars but denied vital supports to children with autism, attention deficit hyperactivity disorder, dyslexia, epilepsy, mental illnesses, speech impediments, traumatic brain injuries, even blindness and deafness."

The major issues raised by this report are clearly reflected in the parents' comments on the DoE's page. Some samples follows below.

He was evaluated for PPCD in 2014 due to a strong recommendation from his preschool teacher. He was denied.

My son is no longer in public school. He is attempting college, a feat that I am proud of given his unnecessary struggles in school. The school system should be a place where parents can place their children and entrust them to professionals to give them the education and care that they deserve. Parents should be able to trust the educated professionals to have their children’s best interest at heart. We did not have a pleasant or successful academic experience. It took years of fighting to get accommodations of a 504 in place and once in place, getting meetings, accommodations adhered to, etc. were an ongoing unnecessary struggle. I felt that he qualified for an IEP with his disability list but was told that he didn’t qualify. The school system was so good at its job that he was passed through to the 10th grade (with passing grades and AP classes) before anyone realized that he couldn’t read!

Failed my child. No where to turn no where to get help. No one does what is best for kids only collects money. We have been told that TEA only allows a specific amount of students on Staar & Taks (when it was taks) that were modified or alternate. The rest must take the regular test for non disabled/learning disabled students. Forced disabled students to take the same old standard test due to number restrictions. Also they kept diagnosing our child with Emotional disturbance and refused to list as Autistic with multiple other labels as well. They kept telling us in the district one label is fine. Autism requires some support, where dyslexia for example requires different support. If a child has both they should receive support in both areas. This is denied.

The Chronicle's entire comprehensive report on Texas's special needs education crisis can be found at this link.