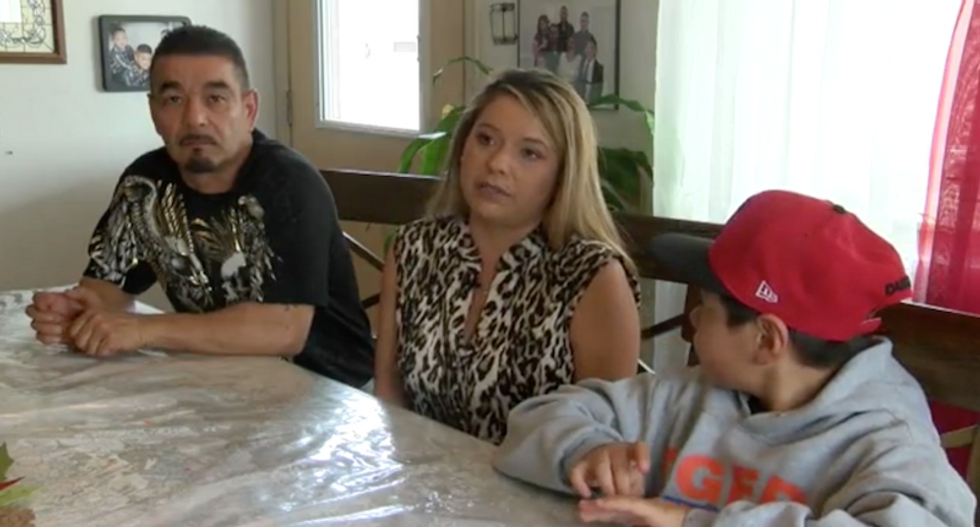 Parents of 10-year-old Diego Ortega are alleging that their son was bullied and humiliated last fall by his fourth-grade teacher at a New Mexico school, which prompted them to homeschool him, KRON4 reports.

"He was starting to make excuses, my head hurts, my stomach hurts, Diego's mom Alexandria Lente told KRQE News 13. She added that her son would be "crying in the morning, not wanting to go to school."

According to Diego's parents, the Katherine Gallegos Elementary science teacher called the boy out and had other students in the class write essays about him.

The bullying began in November of his fourth-grade year. According to Lente, the teacher was talking about bullying in class and, "He called my son out to the classroom and asked the classroom to write an essay on Diego being a bully."

"I didn't like that, so I started crying," Diego said. "I didn't get to read what other people said. Some of my friends even said, 'I don't know what's going on, and I didn't think you were being a bully.'"

Some of the essays written by Diego's classmates were obtained by KRQE News 13. They called him "rude," one said Diego laughed at a student and called them a "scared-y cat." Other students wrote that Diego "got in their faces." On the other hand, Diego wrote in his essay that he felt the teacher was bullying him.

Lente said when she went to pick him up at school that day, Diego "had tears in his eyes and came crying, running to me." She proceeded to inform the school about the incident, but claims the principal responded to her concerns by calling the incident a "learning assignment."

The family is presently in the middle of a legal battle with the school district.

You can watch their full story below.