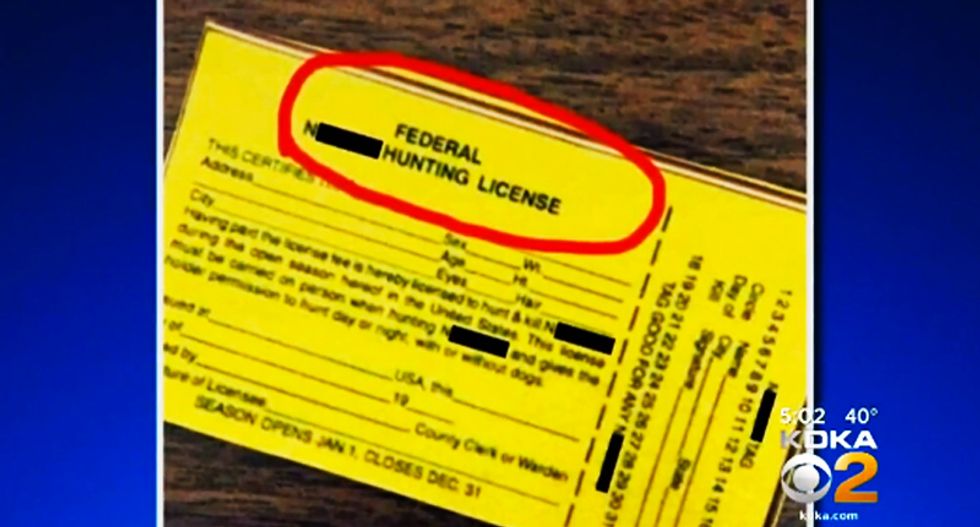 An unidentified high school student in Pittsburgh was booted from his school after posting a hunting license allowing the bearer to hunt down and kill "n****rs" on his Snapchat account, reports KDKA.

According to Highlands School District Superintendent Dr. Michael Bjalobok, whether the student was joking or not, his actions are “totally unacceptable.”

Officials at the school said the student was sent home on Thursday after they became aware of the offensive post.

“Once that happened, it got forwarded to multiple [people], that’s when we became aware. Someone turned it into [Principal Dan Gottron], he started to investigate and follow through with that," Bjalobok explained.

“It’s just a horrible type of situation. Totally unacceptable to the Highlands School District," Bjalobok added. "We will not tolerate this and we’re going to definitely follow our board policy in issuing consequences for this action."

The school did not indicate if the student has been expelled or just suspended.

Watch the video below via KDKA: