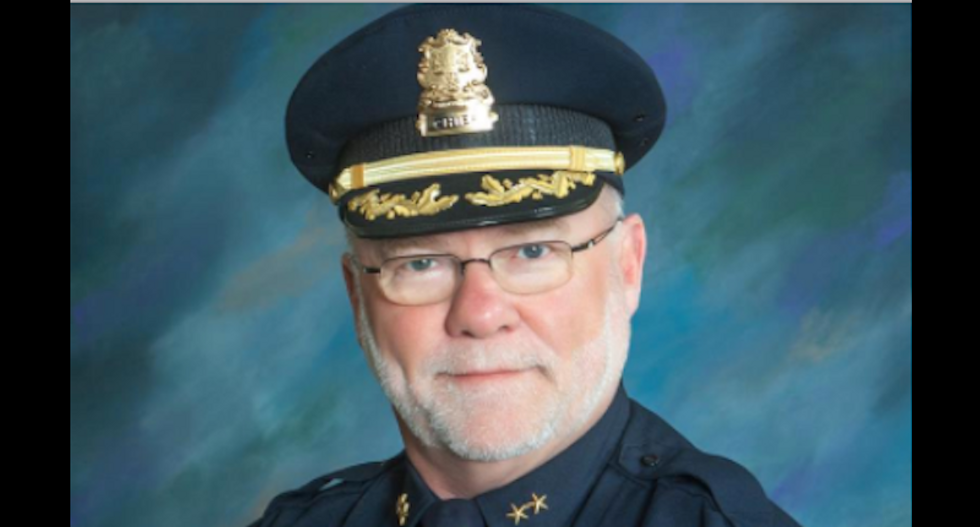 Chief David Caron of Glastonbury, Connecticut resigned as police chief on Wednesday, Dec. 14 after he sent a racist photo of a naked woman from his email account, the New York Daily News reports.

He had sent the photos on three separate occasions, Town Manager Richard J. Johnson told the Hartford Courant. "He notified me in writing this morning, confirming his intention to retire," he said.

Johnson added, "He indicated to me that he had sent some emails that were inappropriate and he had made a mistake."

The Daily News reported that one of Caron's emails included a photo with a group of nine models with their arms in the air. His email read, "I just can't believe how this 'Hands up, don't shoot' crap is spreading!"

Above that caption, the email read, "When is all this senseless violence going to end??? Don't the blacks know white lives matter, too?!!!" Other photos the police chief sent included naked women in cowboy hats.

Caron spoke with the Courant on Wednesday. Speaking on nude photos, he told the outlet, "I view it like a Playboy layout." He added, "I don't search [for] this stuff [online]."

"I should be holding myself to a higher standard than this," he said. "It's out of character for me."