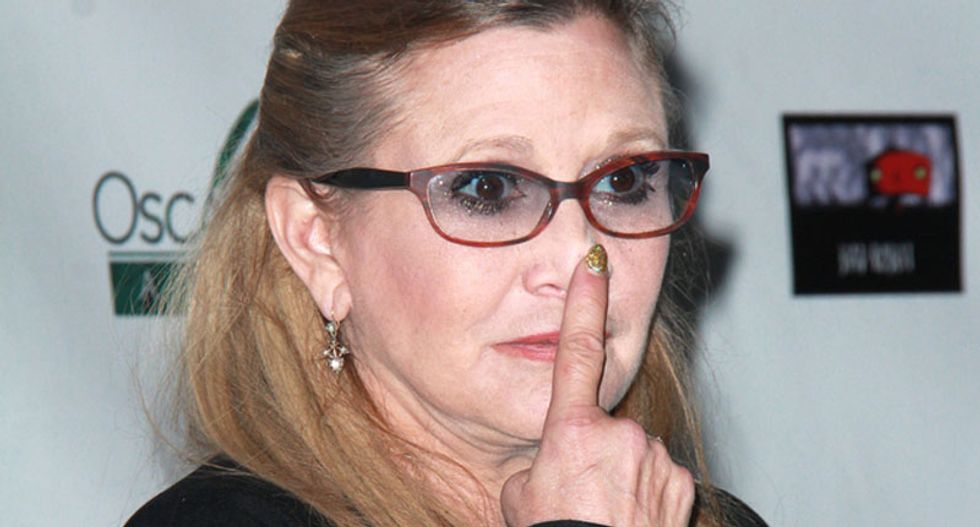 Recordings have just been released of the communication between the pilots to the tower crew at Los Angeles International Airport (LAX) as Carrie Fisher's plane was landing.

According to the tapes released to news outlets, the tower asked about the nature of the emergency, gender of the passenger and relayed that medical personnel was already at the gate prepared for their arrival.

"Yeah, we've coordinated medical personnel for the gate," the pilot told the tower. "We have some passengers, nurses, assisting the passenger. We have an unresponsive passenger. They're working on her right now — we're gonna have them seated in about two minutes here, and we should hopefully be on deck in about five."

Fisher's plane was in range of LAX on her flight from London when she fell ill. When the internet heard the terrible news, Twitter broke out with pleas for the "force" to be with Fisher.

Fisher is still in critical condition in intensive care, according to her brother.

Listen to the exchange below:

Taliban forces on Thursday used gunfire to disperse a women's rally in the Afghan capital supporting protests in Iran over the death of a woman in morality police custody.

Both Afghanistan and Iran are run by hardline Islamist governments that enforce strict dress codes on women.

The US Border Patrol said 20 migrants were missing after their boat sank, with four Cubans swimming to shore in the Florida Keys islands and three rescued at sea by the coast guard.

This time around, the squeaking of a nearby crane did him in.

Guests and members of the press gathered on a cool fall afternoon in the Rose Garden Tuesday to hear President Biden talk about health care for seniors and the price of insulin.