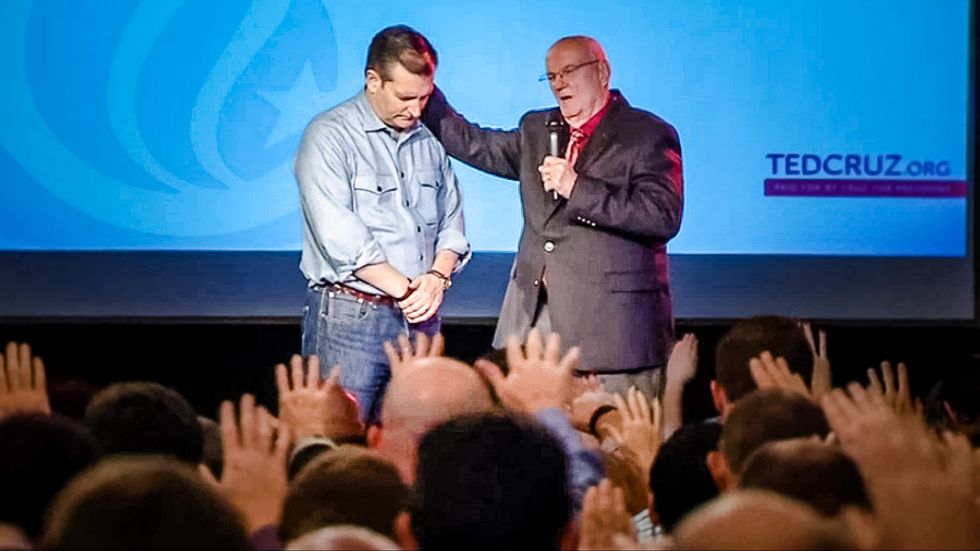 Citing “momentum” from the November elections, Republicans are once against eyeing a bill that would allow corporations and individuals who object to same-sex marriage on religious grounds to deny goods or services to gay people, Buzzfeed News reports.

Republicans originally filed the in 2015, but the prospect of a presidential veto tapered attempts to pass the bill. Now, given Donald Trump’s campaign pledge to sign FADA and “protect the deeply held religious beliefs of Catholics and the beliefs of Americans of all faiths,” GOP leaders feel emboldened to pass the controversial bill.

One such is Sen. Mike Lee (R-Utah), who said Friday he intends to reintroduce the bill next year.

“Hopefully November’s results will give us the momentum we need to get this done next year,” spokesman Conn Carroll told Buzzfeed.

“We do plan to reintroduce FADA next Congress and we welcome Trump’s positive words about the bill,” Carroll added.

Lee has support from Sen. Ted Cruz (R-Texas), an avid supporter of religious freedom and an outspoken critic of marriage as a fundamental right to all people.

“The prospects for protecting religious freedom are brighter now than they have been in a long time,” Cruz told Buzzfeed. “We are having ongoing conversations with our colleagues both in Congress and leaders in the new administration about a multitude of ways we can honor the commitment made to the voters in this last election.”

FADA “prohibits the federal government” from “discriminating” against any person (defined by the bill as “ any person regardless of religious affiliation, including corporations”) who “acts in accordance with a religious belief” that same-sex marriage is immoral and that sexual reaction should be “reserved to such a marriage.”

Though proponents of the bill insist it protects the rights of companies and individuals to act in accordance with their deeply-held religious beliefs, civil rights groups warn that FADA will “"open the door to unprecedented taxpayer-funded discrimination against LGBT people.”

“FADA seeks to foster state sanctioned discrimination under the guise of religious liberty,” the Human Rights Campaign said in response to the bill. “[FADA’s] broad, overreaching language would not only prevent the federal government from combatting harmful discrimination, but could mandate it.”

Still, considering a Trump presidency, and control over the House and Senate, Republicans are poised to push the bill through. "We made great progress last Congress, the first Congress it was introduced,” Carroll said, “… We have every reason to believe the momentum will continue next year.”