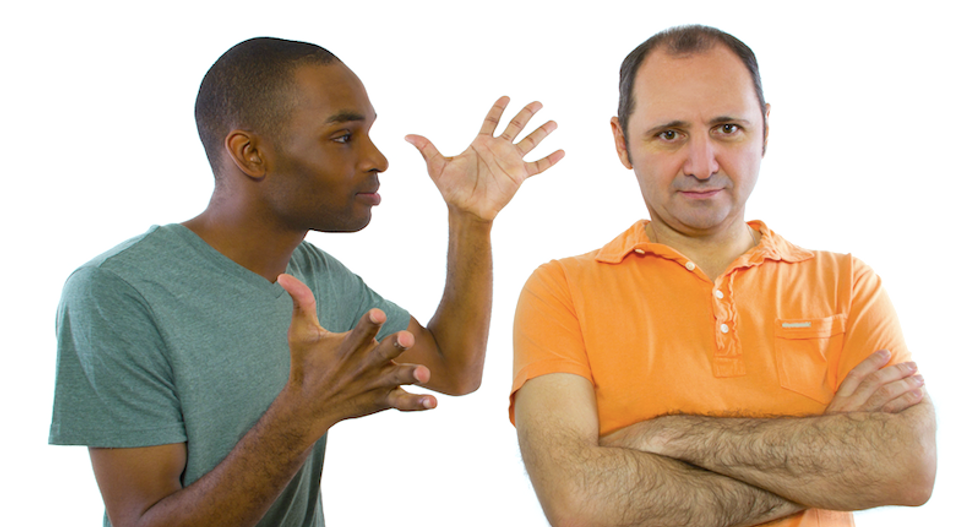 After Americans elected Donald Trump — whose racist campaign rhetoric targeting Muslims, Mexicans, and black Americans emboldened racial violence and white outrage — researchers report that white people need to join the fight for racial justice for it to be the most effective, according to Quartz.

Specifically, political scientist Cullen Hendrix, a professor at the University of Denver argues that in-group monitoring — holding our respective communities to higher standards and calling out racialized biases when we see them — is one way that white people can hold one another accountable in the fight for racial justice.

Hendrix attributes the "whitelash," as political commentator Van Jones calls it, to a "Demographic decline in the dominant ethnic group ­–[whether] real or perceived."

Similarly — and as black theorists such as Angela Davis have written previously — Hendrix argues that economic inequalities are connected to tensions between ethnic or racial groups.

The fear among some white Americans that the white race is in decline has been pushed by the "alt-right," a title attributed to a modern white supremacist and white nationalist movement.

The "alt-right" has centered the preservation of whiteness in their ideology, as supporters of the movement claim there is a "white genocide" occurring in the Western world that is linked to a rise in globalism — a racialized economic rhetoric.

Hendrix draws a similar connection between racial and economic anxieties that lead to violence between racial groups — but he also offers insights about how to counter it.

He argues that there is a way to fight white supremacist ideology, claiming that white people need to hold other white people accountable. Quartz reveals that, based on Hendrix's research, "peace and cooperation" among different racial groups is possible when "ethnic groups assure that bad actors within a community are disciplined."

This is the "in-group monitoring" of which he wrote, based in part on the research of Stanford political scientists James Fearon and David Laitin. Fearon and Laitin argued that individuals within a particular group will more effectively identify "wrongdoers" and "correctly punish them."

In other words, white people can fight for racial justice by working within their own communities to hold other white people accountable. In short, call out racists.