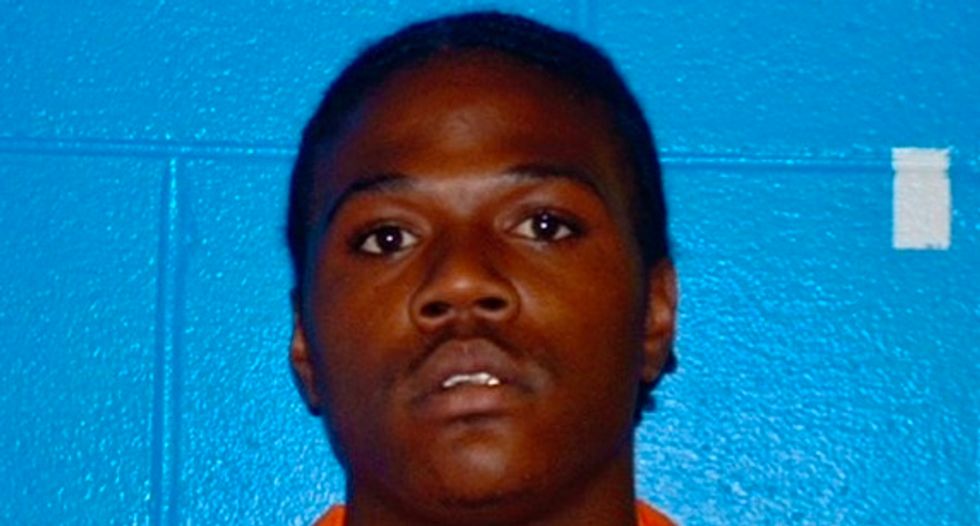 Minguel Kennedy Lembrick, 32, the suspect in a shooting near a university campus in Americus, Georgia, U.S. is shown in this image released on December 7, 2016. Courtesy Georgia Bureau of Investigation/Handout via REUTERS

The second officer shot while responding to a domestic dispute near a university in Georgia died of his injuries on Thursday, school officials said, after the suspect killed himself inside a home where he was barricaded earlier in the day.

Georgia Southwestern State University police officer Jody Smith was transported to an area hospital in critical condition after Wednesday's shooting, and died on Thursday, university officials said in a statement.

Officer Ryan Smarr, 25, of the Americus Police Department died of his wounds on Wednesday, police said.

Police said the officers were responding to a 911 call about a domestic dispute when they encountered the suspect, identified as Minquell Lembrick, on Wednesday. Both officers were shot, but it was not immediately known if the officers also fired their weapons, police said.

Americus Police Chief Mark A. Scott told a news conference Lembrick appeared to have taken his own life on Thursday morning after law enforcement received a tip about his location from an unidentified citizen who knew him.

Officers outside the residence heard one shot at about 10 a.m. local time on Thursday, Scott said, and they called in FBI hostage negotiators to try to contact anyone inside, without success. Police SWAT teams later sent in a robot they used to locate the suspect's body, which had suffered a gunshot wound.

Vernon Keenan, director of the Georgia Bureau of Investigation, described Lembrick, 32, as a "career criminal" and told reporters he had a criminal record that was more than 32 pages long.

Scott said both officers were close friends who went to high school together and later trained together in law enforcement.

"They're both heroes in my opinion," Scott said. "Our hearts go out to the families."

It was not immediately clear whether the suspect used the same gun that was used in the police shooting to take his own life, the police chief said.

The investigation is ongoing and police are looking into whether anyone had been intentionally hiding Lembrick, Scott added.