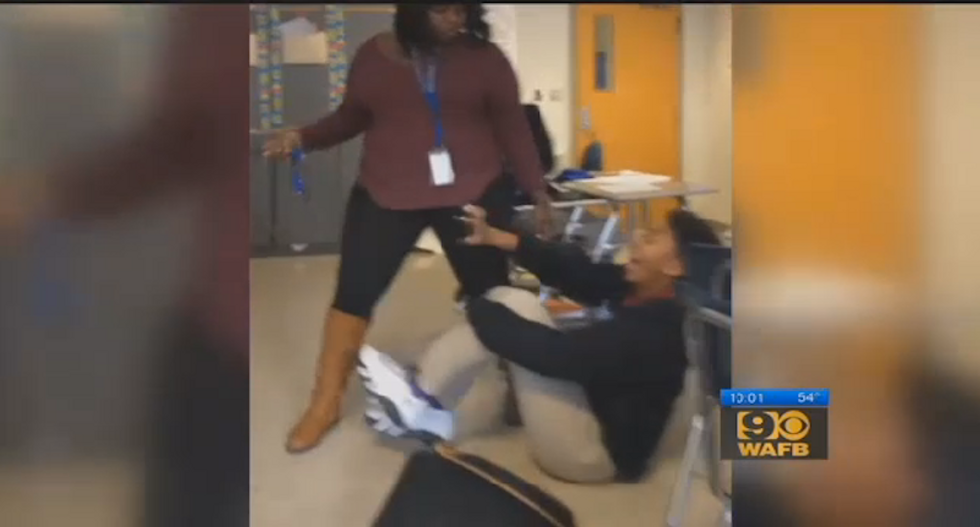 An East Baton Rouge Parish teacher at Northeast High School was fired on Tuesday, Dec. 6 after a video surfaced of her repeatedly striking a student with an electric cord in the classroom, WAFB reports.

The incident was recorded on a phone camera and shows the teacher striking a 12-year-old girl in the seventh grade. The girl's mother, Sundari Wallace said, "The whole situation could have been handled in a different way."

According to Wallace's account, her daughter got into an argument with another student before the incident involving the teacher was caught on camera.

"Another student told my daughter to watch out," she said. "By the time my daughter got up out of the desk to run, she slipped and fell, and that's when the teacher started hitting her."

Wallace's daughter reportedly showed her the footage last week Thursday, and Wallace alleged that her daughter also revealed bruises on her legs from the teacher striking her.

She then took the video to the school administration the following Monday, which led to the teacher being put on paid administrative leave, a statement from the school indicates.

The teacher was fired, as indicated by a statement that went out on Tuesday. She will no longer continue work with the East Baton Rouge Parish School System.

Watch for more reporting below.