Tell a different story about Santa this holiday season 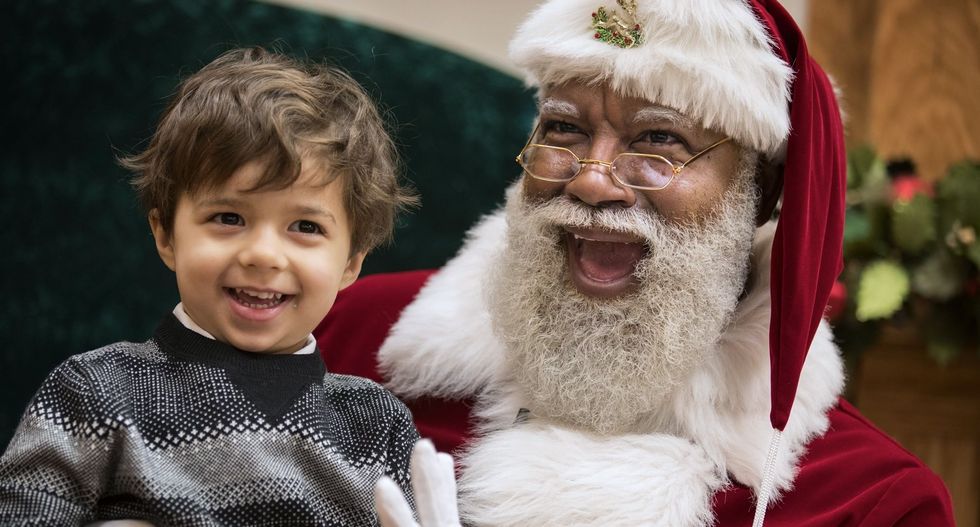 It is that time of year again: People are dusting off their holiday decorations in order to make their homes and public spaces festive. It is also the time when certain stories and songs are being repeated.

Television holiday shows such as “A Charlie Brown Christmas” are almost iconic, with audiences watching them year after year. And the same is true of holiday songs such as “Jingle Bells,” or “Santa Claus is Coming to Town,” that are played at almost all stores.

Children too are retold the same classic stories like “The Night Before Christmas,” Dr. Seuss’ “How the Grinch Stole Christmas” and “Rudolph the Red-Nosed Reindeer.”

For many of us, these stories and songs have come to define the spirit of the holidays. As the cultural diversity in the U.S. increases, scholars are exploring how to discuss with children issues of importance, like race and religion, through stories.

In 2009, Nigerian novelist Chimamanda Adichie gave a talk on the danger of a “single story.” She stated that telling a single story – defining a race, religion, culture, etc. based on a single experience or characteristic – contributes to stereotypes. The problem with stereotypes, she said, was that they made the “one story become the only story.”

Adichie recalled that when she came to the U.S. to study, her roommate remarked that Adichie spoke very good English, and asked if she would play some “tribal music.” Adichie said that the official language of Nigeria was English, and her favorite music was that of American singer Mariah Carey.

The problem was Adichie’s roommate had a “single story of Africa” – one in which she understood Adichie as coming from a place of “catastrophe.” As Adichie said, her roommate could not imagine she shared any similarities with Adichie, and there was “no possibility of a connection as human equals.”

Adichie’s story is not uncommon. I study children’s literature. In my own study of children’s picture books, I found that certain stereotypes of race and culture were repeated over and over again, creating a single story.

For example, Jewish characters were often portrayed as coming from poor families, their lives filled with tension and chaos, or full of fear of supernatural forces.

Stories of African families featured characters who were poor, half-naked, and living primitive lifestyles. African-Americans were typically represented in context of their slave past. Asian characters were shown dressed in kimonos and sashes, often learning speciﬁc moral lessons from elders. 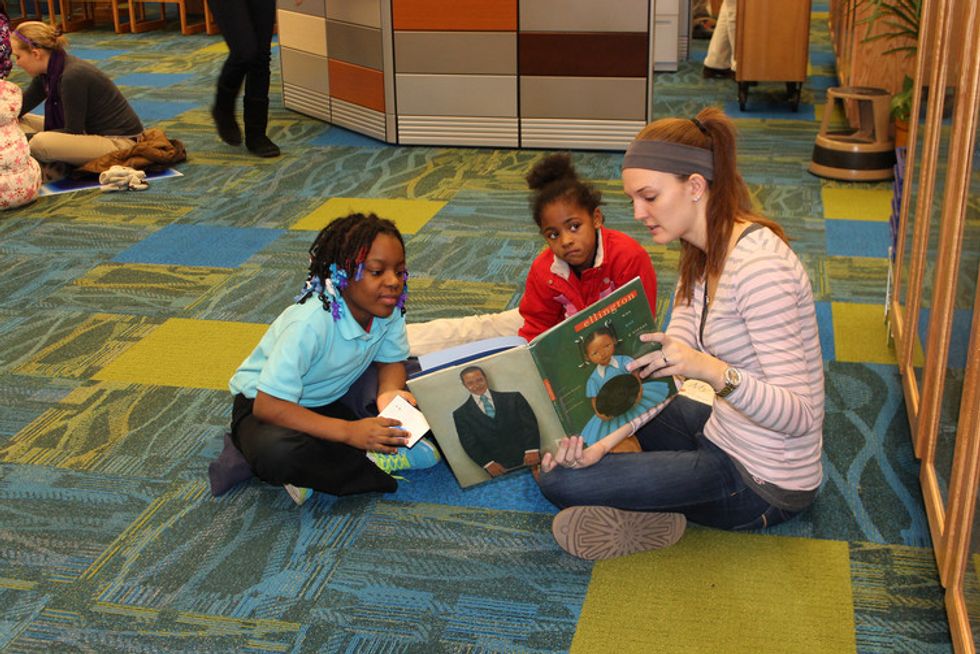 The same was true when depicting Muslims. Scholar Heidi Torres, for example, found in a study of 56 picture books that Muslims were depicted as living in primarily Muslim, rather than diverse, communities.

When children read these stories, they tend to develop single narratives, whether related to race or religion.

Torres, for example, suggests that children risk developing a negative story about Islam and Muslims rather than understand the multiple ways in which Muslims live across the world.

Illustrator Molly Bang voices similar sentiments when she says that children by the age of five develop a particular way of seeing the world after reading such narratives. Noted art historian Ernst Gombrich explains how such views of the world leave a deep impression on children’s minds through “memory images” – familiar and recognizable images that define for children how they understand a race, religion or culture.

Stories help children make sense of their own and others’ experiences.

For example, in their study of young children’s retelling of stories, early childhood literacy scholars Judith Lysakar and Tiffany Sedberry found that children paid attention to the many moral details regarding race: In “The Other Side,” a segregation story involving two characters – Clover, an African-American girl, and Annie, a white girl – children wanted to know why a fence always separated the two.

The same researchers found that once children connected with the story, they could actually put themselves in the situation of the main character. After listening to “One Green Apple,” the story of a young Muslim immigrant girl, who after arriving in the U.S. found that she could not make friends as she did not know English, children used their own knowledge and beliefs to make sense of the story.

In this case, they understood the immigrant girl’s story not as that of a Muslim immigrant, but a refugee, as a result of war and violence. They also used their own experiences to retell what it would mean to learn a new language.

Research shows this deep emotional engagement with stories can be used for conversations around race and religion. 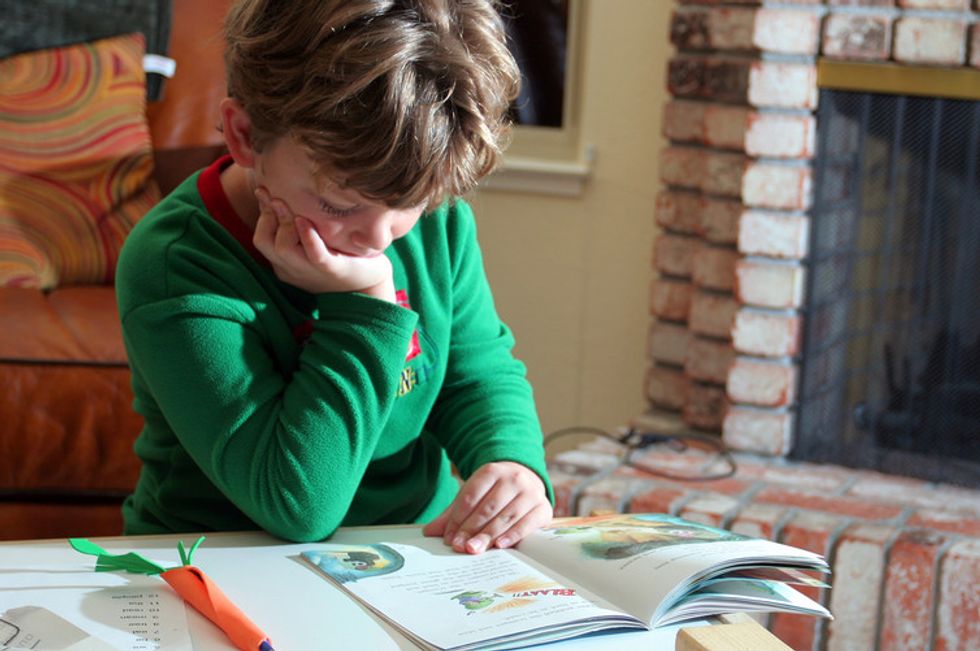 Deep engagement with a story can make a difference.

In their study of children’s talk around issues of race, researchers Lee Heffernan and Mitzi Lewison engaged children in conversation on citizenship after reading “Whitewash,” a true story of a young African-American girl who is attacked on her way home from school by a gang who spray-paints her face white.

Children in this third grade class connected this hate crime to crimes in their own community that were racist and anti-Semitic. They wrote a petition to stop all hate speech in their own school and posted it in the front hallway of the school.

So, what can parents do so children can grow up with multiple perspectives around race and religion?

Researchers who have studied the role of multiculturalism suggest the importance of reading different versions of traditional stories, so as to move away from the single story. Researchers Jeane Copenhaver-Johnson, Joy Bowman and Andrea Johnson, for example, studied the Santa story through an African-American perspective.

Initially, children were surprised to know that Santa was black. Some even asked if he was the “real Santa’s helper,” a pejorative perspective. Until this book, children had known only a single story – that Santa must be white. This discussion of Santa and race led children to research and write about other texts that left out African-Americans.

For example, in David Wiesner’s version of “Three Little Pigs,” the wolf tells his side of the story. It gets children to think of the pigs as a juicy hamburger and sympathize with the wolf. In the traditional story, the wolf is the villain.

From reading such alternative versions of traditional stories, children develop alternate points of views and learn to challenge stereotypes. So why not tell Santa and holiday stories from around the world this year?