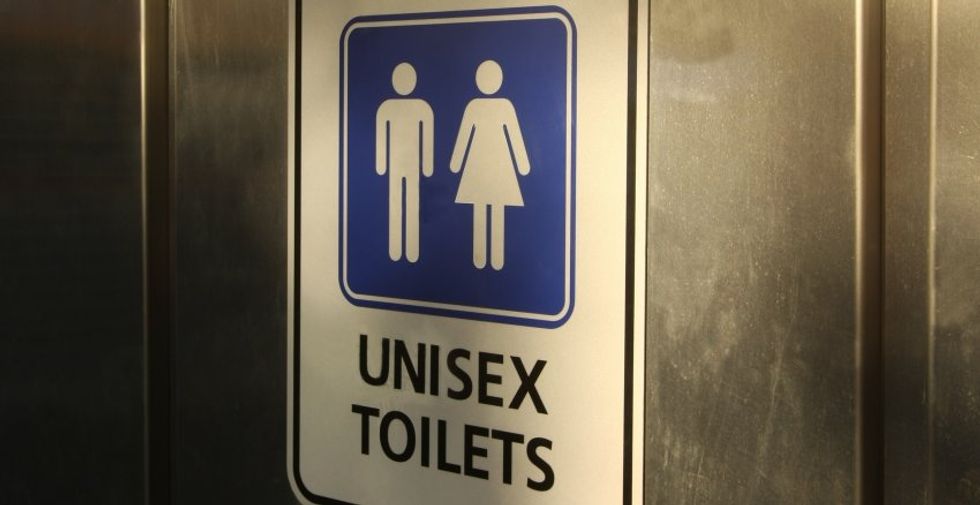 It could also be the lab rat for an experiment in social regulation promoted by some of the state’s top conservatives: whether transgender people should use public restrooms and other facilities that correspond with their birth gender or with their gender identity.

Voters — Republican voters in particular — said in a recent University of Texas/Texas Tribune Poll that they are with the social conservatives, believing Texans should use the restrooms and locker rooms that match the gender listed on their birth certificates. Overall, 51 percent of Texans said birth gender should rule; among self-identified Republicans, 76 percent felt that way. A point of reference: Donald Trump got 55.6 percent of the vote in fast-growing Collin County and 52.2 percent statewide.

That’s one side of the political equation — a clear signal to the state’s Republican Legislature (and to Collin County’s delegation).

But the politics are messy. The other side is that many of the corporations that have flocked to fill office complexes in Plano and McKinney, helping make Collin County’s economy what it is today, will not put up with regulations like those proposed for transgender Texans.

The Texas Association of Business is against the new bathroom regs and a growing list of other regulations, fearing that what they refer to as “discriminatory legislation” damaged the business climate in Indiana and, more recently, in North Carolina.

“We must keep Texas open for business,” Chris Wallace, president of the Texas Association of Business, said at a news conference called by TAB and other opponents of the legislation. “Discriminatory legislation is bad for business.”

Executives with GSD&M, an Austin-based advertising firm that does business nationally, and TechNet, a trade group of technology companies that do business in Texas, also spoke against the legislation, saying it would make it much harder for the state to attract and retain companies.

TAB touted a study conducted by St. Edward’s University in Austin that concluded laws like that bathroom bill could cost the state as many as 850,000 jobs and economic losses of at least $964 million.

“If the moral argument doesn’t touch you, I hope that the Texas association of Business and the economic argument will touch you,” said state Rep. Celia Israel, D-El Paso.

State Sen. José Menéndez, D-San Antonio, called the legislation “unnecessary and ridiculous” because the types of behavior the promoters fear — sexual predators and the like in either women’s or men’s restrooms — are already against the law.

North Carolina has become the poster child for this particular public policy debate. Bathroom regulations there were included in more expansive legislation removing protections on the basis of sexual and gender identity. The fallout just keeps coming. The NCAA relocated several championship events scheduled to take place there, citing the law. The NBA pulled next year’s All Star game. Several noted musicians canceled performances there. And a number of companies, including PayPal and Deutsche Bank, backed out of plans to expand their operations in the state, between them canceling plans to add 650 jobs.

Worried over discrimination and similar economic consequences here, efforts to block Texas laws of that kind have been percolating for at least two years.

One group, calling itself Texas Competes, has signed up more than 1,100 supporting businesses since starting as a non-profit in 2014. That group doesn’t take positions on legislation, but the supporters joined by signing a pledge that generally aligns them with LGBTQ advocates.

“We believe that in order for Texas businesses to compete for top talent, we must have workplaces and communities that are diverse and welcoming for lesbian, gay, bisexual, and transgender people,” the pledge says in part.

TAB’s “Keep Texas Open for Business” initiative has fewer companies signed up, but the early joiners are big: Apple, IBM, Celanese and Intel. And the effort is specific, targeting three bills that have been filed so far and promising to battle any that, in their view, would discriminate against lesbian, gay, bisexual or transgender Texans, “including ‘bathroom bills’ and laws limiting local control of non-discrimination ordinances.”

Their economic argument is the other side of the political equation — again, a clear signal to the state’s Republican Legislature (and to Collin County’s delegation).

The debate pits the businesses against some of the state’s top leaders, starting with Lt. Gov. Dan Patrick, who has made it clear that the bathroom bill and other social legislation will be dear to him in the coming legislative session.

Speaker Joe Straus, Patrick’s counterpart in the Texas House, recently threw cold water on the importance of the bathroom bill in the next session by saying it wasn’t “the most urgent concern of mine.”

Patrick has put his fellow conservative lawmakers between their voters and their voters’ local employers. Some of them, understandably, would rather not choose.