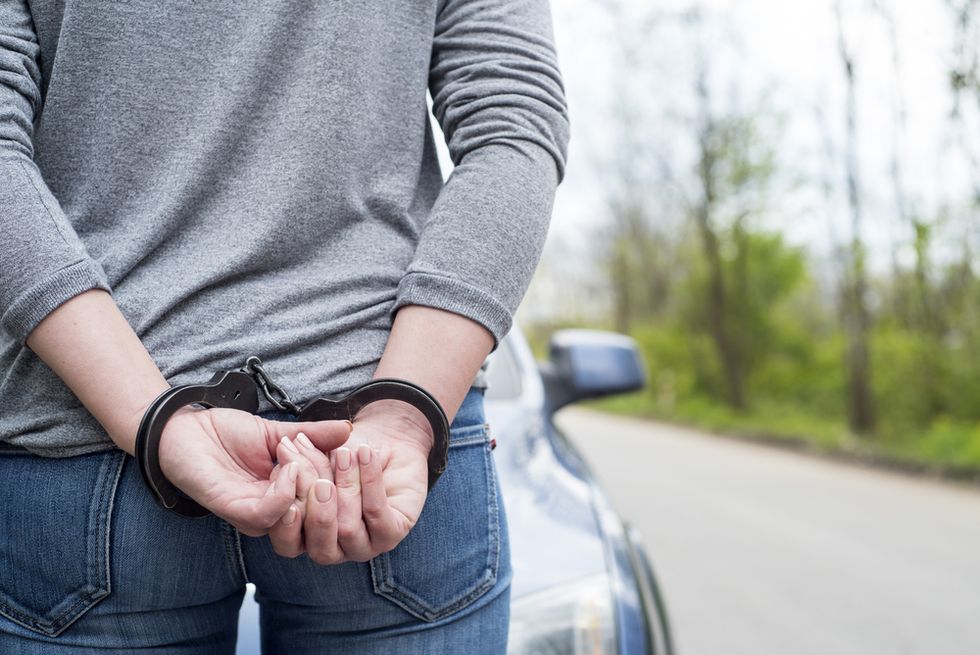 A woman in handcuffs after being arrested (Shutterstock.com)

A Manor, Texas woman is in custody after she doused her roommate and their home with gasoline and tried to set it all ablaze because she was angry she hadn't been invited to a party.

The Austin Statesman said Wednesday night that 37-year-old Jenna Tyon was arrested and charged with aggravated assault with a deadly weapon.

According to police, when Tyon found out her roommate was planning a party to which she wasn't invited, she flew into a rage.

In the course of the argument, Tyon reportedly produced a gas can and poured it on the man, also 37, and on items inside and outside the house. She then tried to use a cigarette lighter to set the accelerant ablaze.

The roommate was able to escape the premises and call police, who confirm that they received a 911 call at about 7 p.m. on Wednesday about a woman trying to set someone on fire.

When officers arrived at the residence, they confirmed that the roommate and items inside the house smelled strongly of gasoline.

Tyon was arrested and taken into custody.