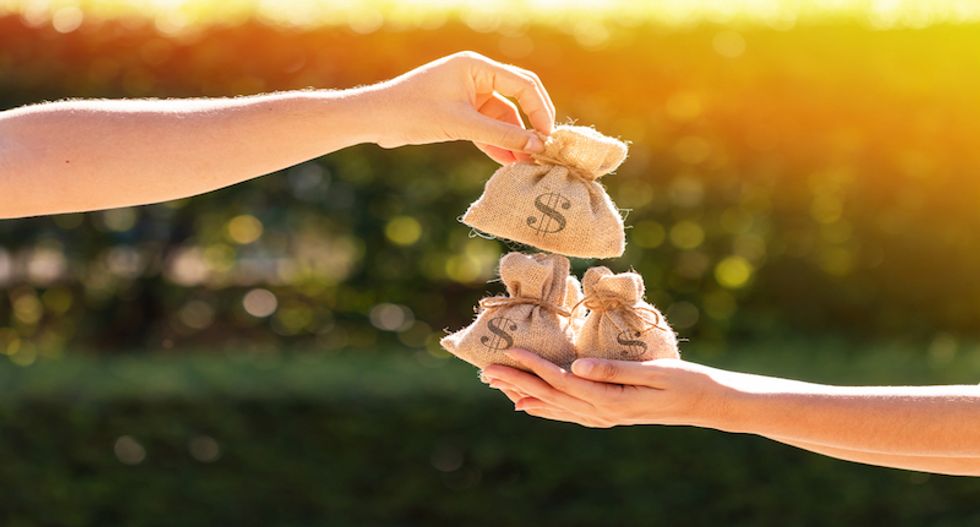 Faith Strong is a 94-year-old Texas oil heiress living in Monarch Bay, California, but unlike some of her neighbors who live in large houses and own million dollar properties, Strong hasn't done much to update her 1970s home. She has also spent the last decades anonymously donating large sums of money to organizations, OC Weekly reports.

Over the course of 40 years, Strong donated more than $800,000 to rebuild New Directions for Women, a drug-and-alcohol rehab and detox-treatment center for women in Costa Mesa.

"She has been a donor here for all 40 years of our existence," said Rebecca Flood, the organization's CEO. "She was a signer of our incorporation papers [in 1977], and she has donated millions of dollars to our organization throughout our lifetime," she told OC Weekly.

Strong has also donated significant funds to organizations such as Greenpeace, the Hunger Project, the Natural Resources Defense Council and A Place Called Home.

For most of her giving career, Strong has remained anonymous, but she estimates that she has given 75 percent of her wealth to the causes about which she is so passionate.

Strong explained that she had stayed anonymous for so long because she was afraid of people taking advantage of her wealth. "I didn't want people coming back to ask for more," she said.

But she later realized that she could have an impact and help people through giving. She explains, "I thought, 'What the hell?' I didn't want to keep secrets."

Flood had nothing but kind words for Strong and the impact she has made not only on New Directions but also on her life. "We were kindred spirits," Flood said.

"I just learned from her; she mentored me. I was taking on a huge challenge here, and it was frightening and overwhelming," she added. "She just kind of stayed by my side. She stepped out in faith ... which is her name. She provided great strength."

Strong, on her own journey, explained to OC Weekly, "Some of us are teachers, and I believe all of us came here to learn."

She added, "I'm on my last journey, and I still learn something every day. I think that's why I'm still around, I still have a lot to learn."