Threat of New Year attack in US low but 'undeniable': agencies 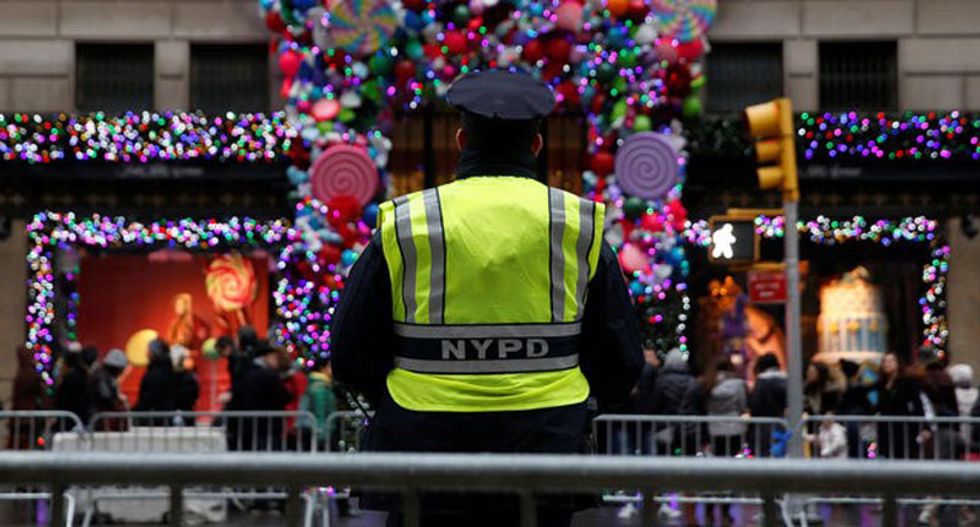 U.S. defense and security agencies said they believed the threat of militant attacks inside the United States was low during this New Year's holiday, yet some chance of an attack was "undeniable," according to security assessments reviewed on Friday.

"There are no indications of specific threats to the U.S. Homeland," said a "situational awareness" bulletin issued to U.S. Army personnel this week by the Army's Training and Doctrine Command. "However the threat from homegrown violent extremists (HVEs) in the United States is undeniable," the bulletin added.

A copy of the bulletin was seen by Reuters on Friday.

The command's intelligence operations center received "no reporting of specific or credible threats targeting U.S. Army installations or its personnel for the upcoming 2017 New Year's celebration," said the bulletin, a copy of which also was made available to Reuters.

The assessment, however, noted that two recent issues of Rumiyah, an Islamic State propaganda publication, did "provide information on conducting knife attacks and using vehicles to cause mass casualties in populated areas."

Such tactics were used in recent attacks on civilians in Nice, France, and in Columbus, Ohio, said the bulletin. It did not mention the Dec. 19 truck attack on a Christmas Market in the German capital, Berlin.

U.S. Army and Pentagon officials did not immediately respond to requests for comments on the threat assessments.

A senior U.S. official familiar with government-wide analyses of New Year's holiday attack threats said the Army assessments were consistent with those of other U.S. security and intelligence agencies.

Some specific threats have come to the attention of government agencies, but were not considered credible, said the senior U.S. official, speaking on condition of anonymity.