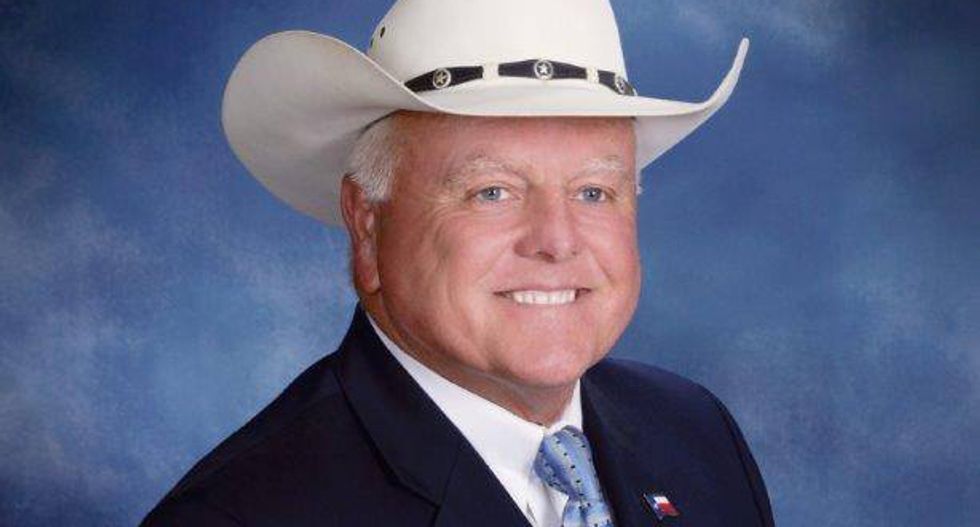 In November, Miller retweeted an obscene post about Clinton.

He or a staffer quickly deleted the tweet, posting instead “@MillerForTexas HAS BEEN HACKED. The disgusting re-tweet has been removed and we have changed all account passwords. Be advised.”

A few minutes later, Miller deleted the tweet that claimed the account was hacked and admitted the tweet was sent by the campaign. He then issued a statement blaming the mishap on a campaign staffer who "inadvertently retweeted a tweet that they were not aware contained a derogatory term”

"I said, 'Why don't y'all just do some retweets?'" Miller told The Texas Tribune. "They didn't notice it had a derogatory term in it and they tweeted it out."

Even Texas Gov. Greg Abbott condemned the retweet, telling Miller, ”no true Texas gentleman would ever talk this way.”

Miller isn’t the only one who’s faced criticism for sharing derogatory posts “inadvertently.” Fittingly, Trump himself drew fire in July after tweeting a graphic of Hillary Clinton that prominently featured the Star of David and a pile of money. The meme originated on the neo-Nazi message board, 8Chan.

The Trump campaign deleted the post before subbing in a circle for the Star of David.