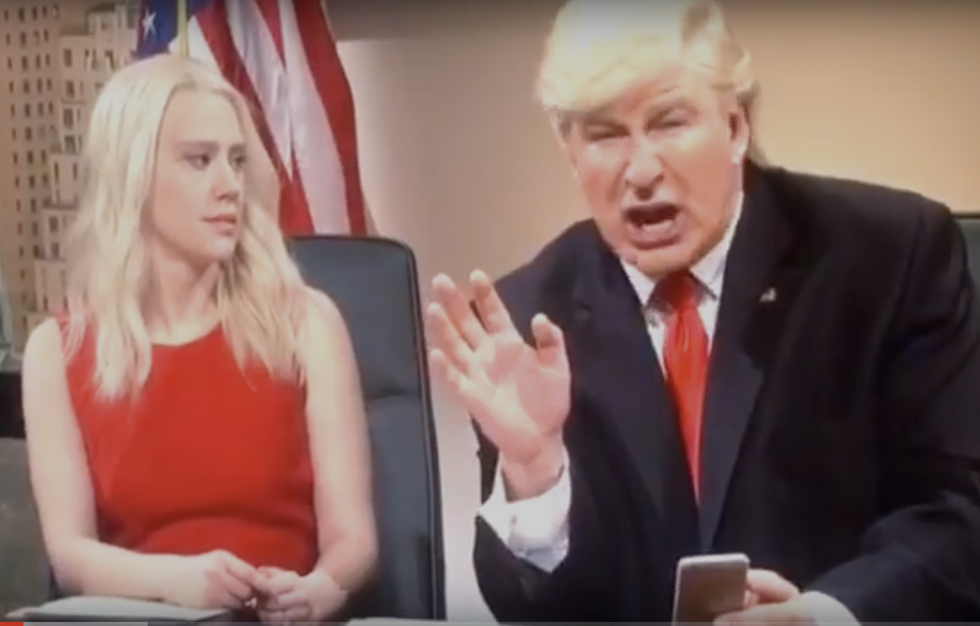 U.S. President-elect Donald Trump on Wednesday doubled down on his scorn for popular TV sketch show "Saturday Night Live," and especially Alec Baldwin's portrayal of him, saying "the skits are terrible."

Trump, who hosted "Saturday Night Live" in November 2015 when he was running for the Republican president, has vented his anger on Twitter in recent weeks, calling the NBC show "totally unwatchable" and a "hit-job."

In an interview on NBC's "Today" show on Wednesday, Trump was asked whether he had considered no longer watching it, given his complaints.

"I hosted 'SNL' when it was a good show, but it's not a good show anymore," Trump responded. "First of all, nothing to do with me, there's nothing funny about it. The skits are terrible.".

The Republican businessman said Baldwin's depiction of him was "really mean-spirited and not very good."

"I do like him and I like him as an actor, but I don't think his imitation of me gets me at all," the Republican added.

Baldwin, who has impersonated Trump as unprepared for office or tweeting during security briefings, tweeted back to Trump last week, "Release your tax returns and I'll stop. Ha."

Trump broke with decades of tradition followed by both Republican and Democratic presidential candidates by refusing to release his tax returns.

"Saturday Night Live" also parodied Trump's Democratic opponent, Hillary Clinton, during the 2016 presidential campaign. The show has lampooned presidents and presidential candidates from both parties since it first aired 41 years ago.

Baldwin, 58, the former star of the NBC comedy "30 Rock," told celebrity magazine Hola! in an interview, that he was glad other people found his impressions funny after a divisive election.

"There are bad feelings on both sides, so to have the opportunity to give people a chance to talk and laugh about it is a good thing," Baldwin told the U.S. edition of the magazine in an interview released on Tuesday.

"Saturday Night Live" has seen a rise in audiences since Baldwin joined the show in October to impersonate Trump.

But Trump countered on Wednesday, "Frankly, the way the show is going now, if you look at the kind of work they're doing, who knows how long that show's going to be on. It's a terrible show."