Trump looking at keeping stake in business while turning over control to his kids: NYT 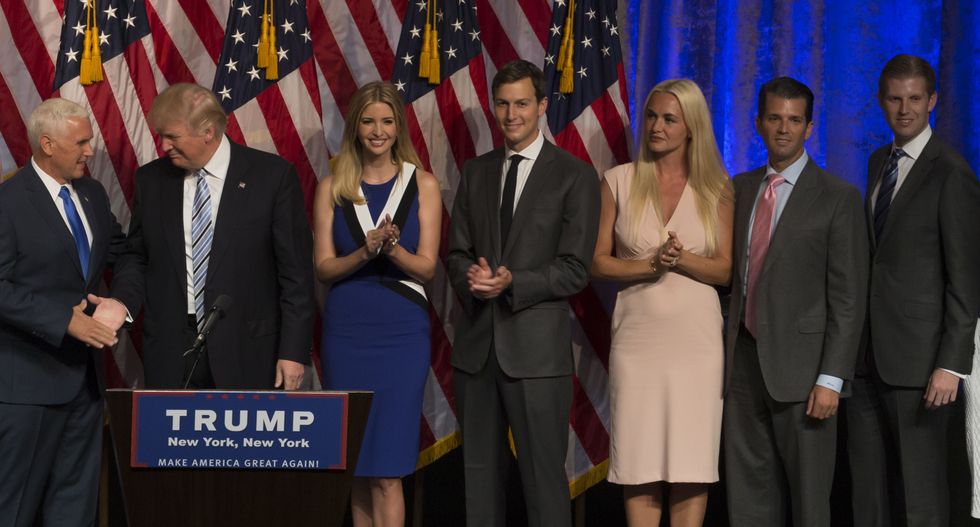 Donald Trump pledged last month to leave his “great business” in order to avoid any appearance of conflict of interest, but the New York Times Wednesday reports the president-elect intends to keep a state in the business.

According to the Times, Trump's working plan is to turn over the reins of his real estate company to his two sons Donald Jr. and Eric Trump, while Ivanka Trump takes a leave of absence from the organization. Earlier reports indicate Ivanka and husband Jared Kushner intend to move to Washington D.C. to advise the president-elect during his presidency.

Trump has faced an onslaught of criticism over potential conflicts of interest ranging from foreign diplomats feeling pressure to stay at his Washington, DC hotel, to questions over whether his call to Taiwan was preceded by inquires by the Trump Organization over development opportunities in the region.

Read the report at the New York Times.