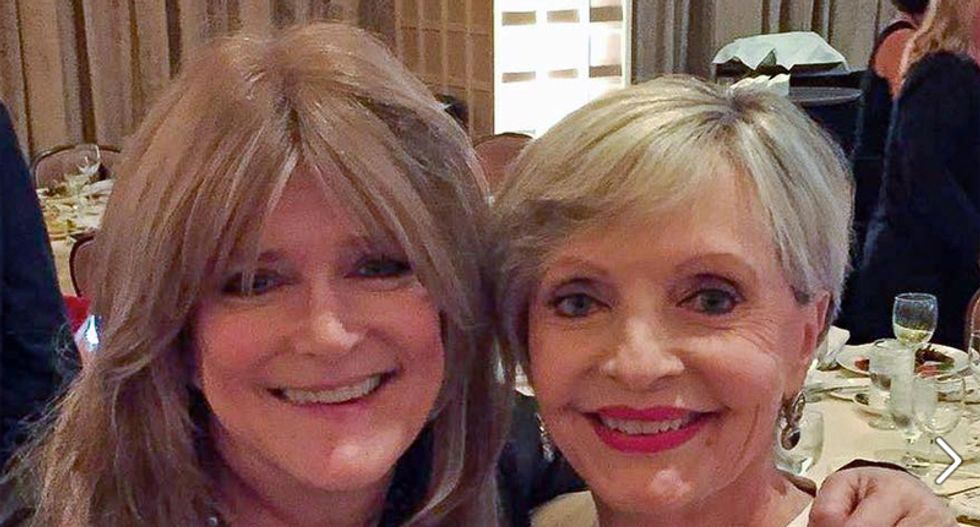 A former child star who appeared on the late 60's "Brady Bunch" television show has been fired from her Los Angeles radio gig after hopping on Facebook to write several vicious homophobic attacks on a listener who complained about her support for President-elect Donald Trump.

According to Towleroad, writer/producer Leon Acord-Whiting complained about ‘Two Chicks Talkin’ Politics' host Susan Olson, who once portrayed Cindy Brady on the popular sit-com. On LA Talk Radio's Facebook page, Acord-Whiting wrote, "It is wildly irresponsible for LA Talk Radio to allow a Trump fanatic to co-host one of their programs, where she can spew her idiotic lies unchecked."

Acord-Whting, added, "I think LA Talk Radio needs to give “Cindy Brady” her walking papers. I will not listen to or appear on any shows there from this point forward until she’s gone. This isn’t just disagreeing on, say, tax plans or foreign policy. Susan Olsen spreads outrageous misinformation & it is dangerous and unprofessional.”

Proving his point about being "unprofessional," Olson returned fire by first calling the producer a "little piece of human waste," before encouraging her followers to track him down.

She then private messaged Acord-Whiting with a homophobic screed which he in turn provided to her bosses.

"Hey there little p*ssy, let me get my big boy pants on and Reallly (sic) take you on!!! What a snake in the grass you are you lying piece of sh*t too cowardly to confront me in real life so you do it on Facebook," she wrote. "You are the biggest f*ggot ass in the world the biggest p*ssy! My Dick is bigger than yours Which ain’t sayin much! What a true piece of sh*t you are! Lying f*ggot! I hope you meet your karma SLOWLY AND PAINFULLY”

Olsen later followed with a second message, telling Acord-Whiting, "I sincerely hope you reap all that you deserve Karma wise. What a pathetic little c*nt you are. Hell is waiting for you. ENJOY!"

In a statement posted on Facebook Saturday morning, La Talk Radio said they have fired Olsen, writing: "LA Talk Radio takes pride in its close and collaborative relationship with the LGBT community, and will continue to provide a home for those who have hopeful and positive messages of togetherness and tolerance to share with our listeners. We will not tolerate hateful speech by anyone associated with our radio station and have severed our ties with a host that veered off the direction in which we are going."