Trump spokesman quickly contradicts Trump: 'There is not going to be' a nuclear arms race 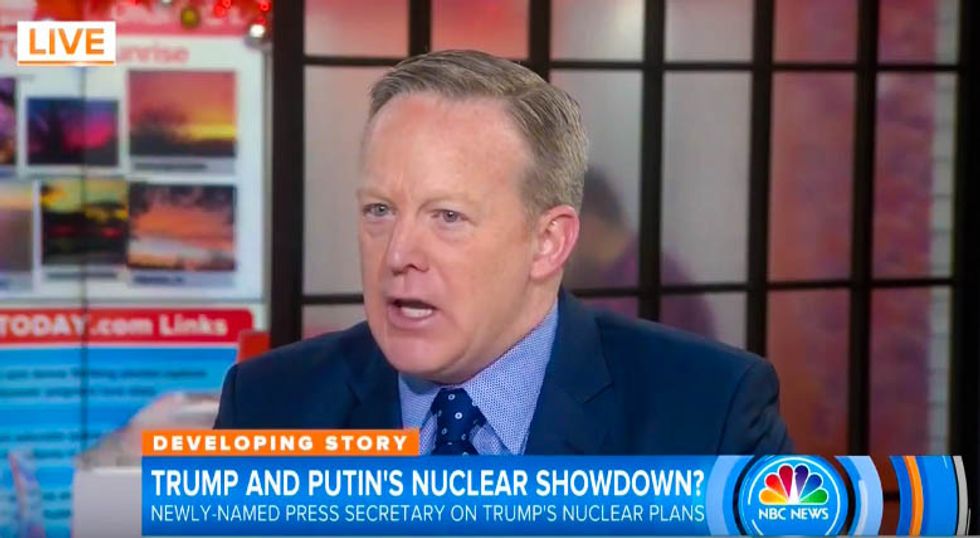 President-elect Donald Trump again set off a wave of panic when he told Morning Joe on Friday that he welcomed the prospect of a nuclear arms race.

However, Trump's own spokesman Sean Spicer went on NBC's Today shortly afterward to try to calm the waters and insisted that we shouldn't take the president-elect literally when he says, "Let it be an arms race."

When host Matt Lauer asked Spicer if Trump really intended to start an arms race with his remarks, Spicer flatly said that "there's not going to be" a race to build more nuclear weapons.

So what did Trump actually mean when he said "let it be an arms race" on Friday morning? According to Spicer, it was just a warning shot aimed at other current and prospective nuclear powers.

"Other countries need to be put on notice that he is not going to sit back and allow them to undermine our safety, our sovereignty," Spicer said. "He is going to match other countries and take action."