Trump's nuclear gambit sobers up Fox host: 'So we're all blown up just as we're counting our money' 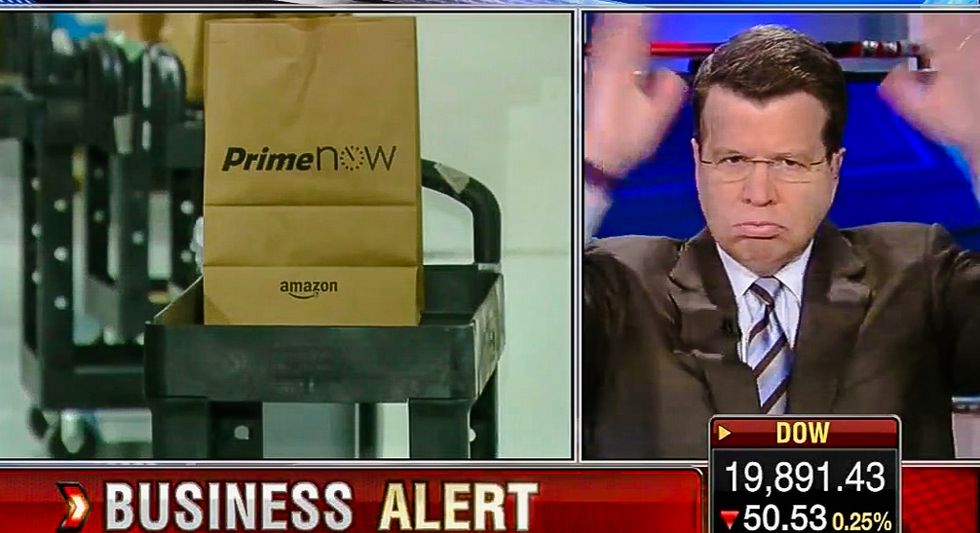 Fox News host Neil Cavuto worried on Thursday that Americans would not get to enjoy the fruits of Donald Trump's economic plans if the new president triggers a nuclear war.

In a tweet on Thursday morning, Trump argued that the "United States must greatly strengthen and expand its nuclear capability until such time that the world comes to its senses regarding nukes."

The news came at the conclusion of Stuart Varney's Fox Business show, just as he was preparing to turn the broadcast over to Cavuto.

"I'm thinking this out," Cavuto explained. "Let's say we get to Dow 20,000 so we're all richer for it. But Donald Trump also promises more nukes so we're all blown up just as we're counting our money."

"What? Have you become some kind of leftist all of the sudden?" Varney replied.

"Get out of here," Varney scoffed.