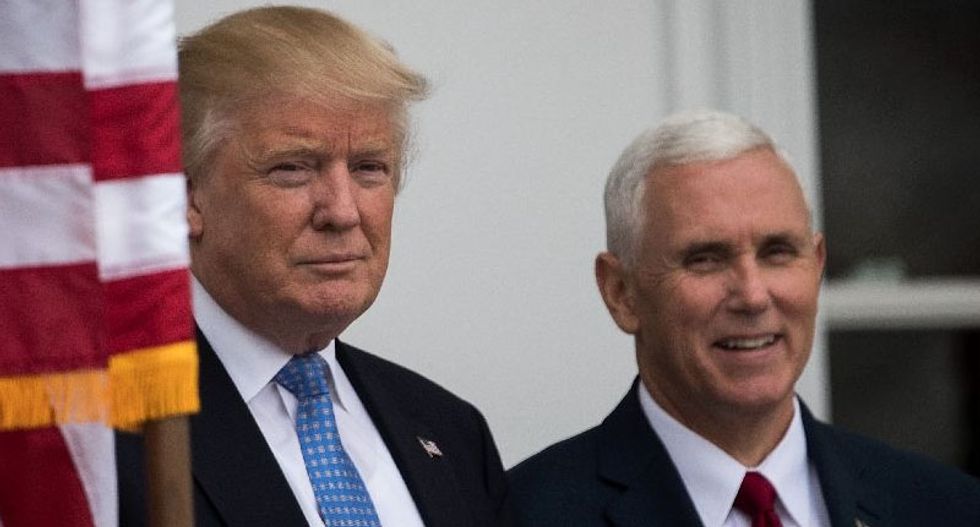 Sources close to the president of Taiwan and U.S. President-elect Donald Trump are giving the lie to the Trump team's assertion that a controversial call from Taiwan's Pres. Tsai Ing-wen was simply a spontaneous call of congratulations.

The Washington Post spoke with sources within the Taiwanese government and the Trump transition team who confirmed that the call was actually planned months in advance after extensive negotiations on each side.

The Post's Anne Gearan, Philip Rucker and Simon Denyer said that Trump allies characterized the call as "an intentionally provocative move" designed to demonstrate the president-elect's willingness to dispense with old diplomatic enmities and alliances.

China has lodged a formal diplomatic complaint in the wake of the call, causing many to further question whether the Republican president-elect's is temperamentally fit or competent to govern.

The Taiwanese and U.S. governments have maintained a respectful distance since 1979. Taiwan broke free of mainland China and is considered a rogue province by the Chinese government. In order not to antagonize China -- largest trade partner and a strategic ally to the U.S. -- American officials have pursued a hands-off approach to Taiwan.

When news of the call spread and the diplomatic community reacted with shock, the Trump team sought to characterize the call as a friendly "congratulatory" call between Pres. Tsai and the former reality TV star.

“He took the call, accepted her congratulations and good wishes and it was precisely that,” said Vice President-elect Mike Pence on Sunday on ABC.

However, Trump advisor Stephen Yates -- a former national security official under Pres. George W. Bush -- said that establishing contact with Taiwan has been high on the transition team's list of priorities.

"Very early on, Taiwan was on that list,” Yates told the Post. "Once the call was scheduled, I was told that there was a briefing for President-elect Trump. They knew that there would be reaction and potential blowback.”

Trump's defenders say that all head-of-state calls with the president-elect have been well-planned and cleared through the proper diplomatic channels, but on Sunday, Secretary of State John Kerry said that Trump made no efforts to contact the State Department before the calls.

He continued, "I do think there's a value, obviously, on having at least the recommendations, whether you choose to follow them or not is a different issue, but I think it's valuable to ask people who've worked the desk and have worked it for a long period of time their input on what's the current state, is there some particular issue at the moment. I think that's valuable and I would certainly recommend it, but obviously that hasn't happened in a few cases."