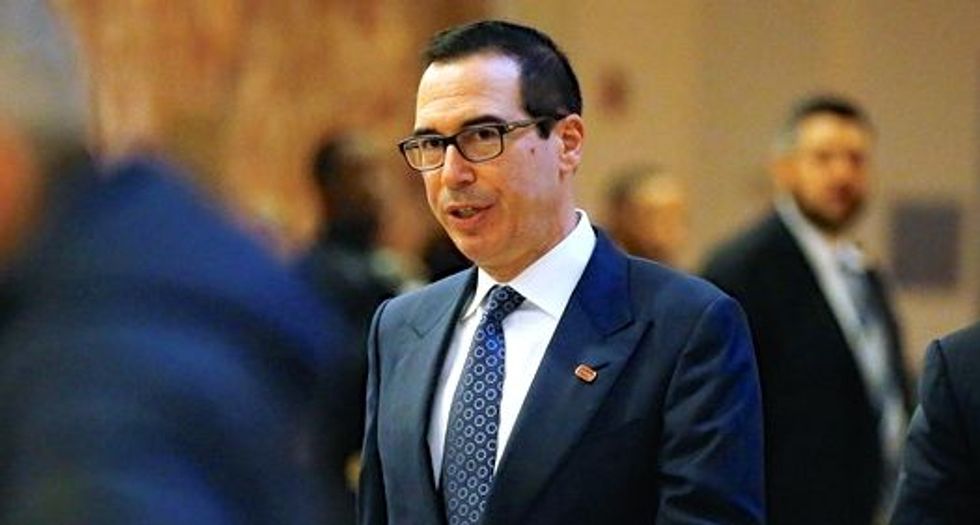 Steven Mnuchin -- a hedge fund manager, Goldman Sachs trader and bank chief executive -- will likely face grilling about his investments, including his bets on life insurance policies and home mortgages, during his Senate confirmation hearings, reported the New York Times.

Dune Capitol Management, which Mnuchin formed in 2004 with two former Goldman colleagues, will likely be the focus of much of that scrutiny.

The newspaper reported that this hedge fund had about $2 billion at its peak and was backed by billionaire investor George Soros -- a conservative bogeyman who has previously loaned Trump millions for real estate deals.

Dune invested in real estate, motion pictures such as “Avatar” and “Gravity," and more esoteric ventures -- including life insurance policies.

The hedge fund bought up those policies from cash-poor older people through third-party vendors, the newspaper reported.

Mnuchin and his fellow investors were gambling that those policy holders would die soon, so the hedge fund would collect the payout without making too many payments to keep the policies in force.

The market for life settlements collapsed during the financial crisis, and Dune wound down operations as investors withdrew.