US allies caution Trump on Syria strategy: 'There is no way that allying with Assad would do anything' 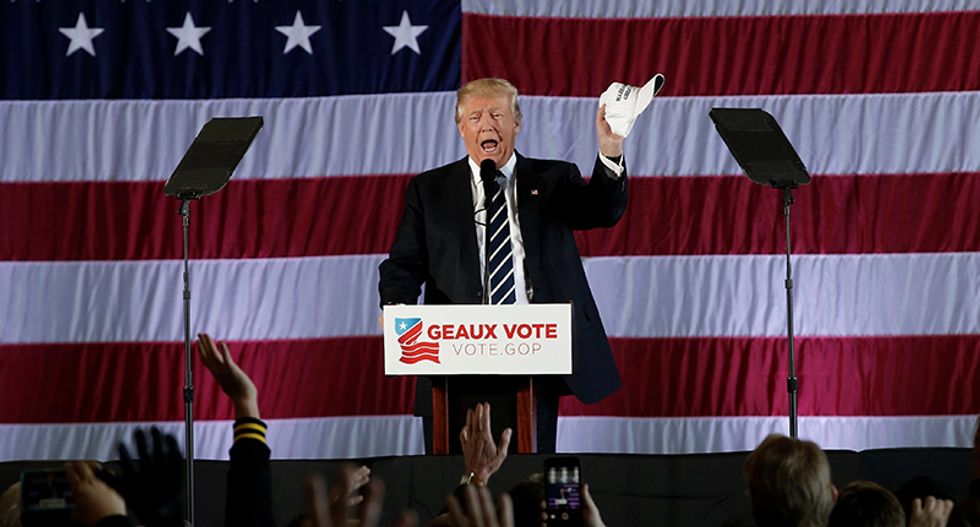 Key U.S. allies in Europe are quietly expressing concern over President-elect Donald Trump's approach to Syria, warning that his pledge to work more closely with Russia, Damascus' main backer, will do little to diminish the terrorist threat emanating from Syria.

The diplomatic persuasion campaign has taken on new importance in recent days as the Syrian army, backed by Russia, Iran and Shi'ite militias, appears poised to retake all of Aleppo city in a major defeat for Western-backed rebels.

Moscow and Syrian President Bashar al-Assad are expected to cast Aleppo's fall as the end of a revolt against Assad that began in March 2011, although Western analysts predict the civil war, which has killed more than 300,000 people and made more than half of Syrians homeless, will continue, perhaps for years.

Western diplomats, who described discussions with Trump advisers on condition of anonymity, said their message was that a U.S. alliance with Russia, and by extension Assad, to crush groups like Islamic State will backfire.

Trump has said defeating Islamic State was a higher priority than persuading Assad to step down.

"On Syria the new administration says crushing Islamic State is its priority, but we’ve explained our view that without a political solution in Syria those efforts will be fruitless because new pockets of radicals will re-form," a senior French diplomat told Reuters.

France has been the target of coordinated attacks claimed by Islamic State. Western capitals fear that a prolonged conflict will exacerbate mass refugee flows in which radicalized individuals might hide.

A political solution in Syria, as envisioned by Western powers, would involve a transition in which Assad eventually left power. Assad, from the minority Alawite sect, cannot unite Syria and quash extremists after nearly six years of warfare, they argue.

In a rare public speech in London on Thursday, Alex Younger, chief of Britain's MI-6 intelligence agency, said, "we cannot be safe from the threats that emanate from (Syria) unless the civil war is brought to an end. And brought to an end in a way that recognizes the interests of more than a minority of its people and their international backers."

Trump has frequently said that he wants to work with Russia to fight Islamic State, which holds territory in Iraq and Syria, and other militant groups.

U.S. defense officials have repeatedly said the vast majority of Russian strikes in Syria are not against Islamic State.

How Trump will actually proceed remains unclear. He has not named a secretary of state, and some current and prospective members of the president-elect's national security team have voiced more skeptical views of Russia.

Trump's transition team did not immediately respond to a request for comment on the allies' concerns.

"What we’re getting from our conversations with the Trump administration is that already they are toning down the prospect of a Russia-U.S. deal on fighting Islamic State and a full-on rapprochement with Moscow," the senior French diplomat said.

"We can’t really predict it now," the diplomat said.

A diplomat from another U.S. ally, while declining to discuss the American political transition, expressed doubts about the advisability of a Western alignment with Moscow and Assad.

"There is no way that allying with Assad would do anything to reduce the terrorist threat to the West. Rather, it would drastically increase it," the diplomat said. "It's an inconvenient truth of the conflict," he said.

"The Russians have Grozny-ified Aleppo," the diplomat said, referring to the total destruction the Russian military inflicted on the capital of Chechnya.

Former U.S. ambassador to Syria Robert Ford said that once Aleppo falls, the Russian-backed Syrian government will not turn its attention to Islamic State, but rather try to destroy the remainder of the secular anti-Assad rebellion.

The United States has three options, said Ford, a fellow at the Middle East Institute think-tank.

The second option, Ford said, is for Washington to walk away from the conflict, which would likely mean diminished U.S. influence in the region, and continued refugee flows.

The third is to work with Turkey and Saudi Arabia to get a partial ceasefire.

(Additional reporting by Matt Spetalnick and Arshad Mohammed in Washington and Michelle Nichols at the United Nations; Editing by James Dalgleish, Robert Birsel)