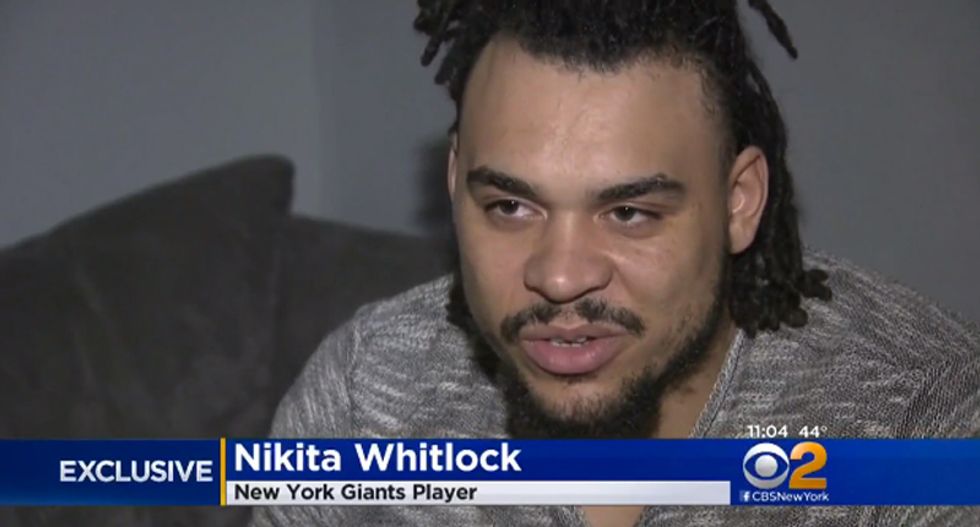 A member of the New York Giants came home with his family on Tuesday night to find vandals had broken in and scrawled hateful messages on the walls, including " Go back to Africa," reports CBS New York.

Saying, "It just re-establishes that no matter where you are, no matter who you are, this can happen to you," Giants' fullback Nikita Whitlock said he was forced to cover up a swastika on one wall so his 6-year-old son couldn't see it.

According to Whitlock, he, his wife and their two young children were only gone for a few hours but returned to find they had been robbed, with racial slurs left on the walls.

“It’s very disgusting actually, it’s very disheartening,” Whitlock's wife Ashley said. “You hear about things that do happen but you never think ‘Oh, this is going to happen to me.'”

The second year pro said it appears that whoever broke into the New Jersey home took their time, defacing every room.

“It’s about to be 2017,” said Whitlock. “Oppression, violence, racism, hatred, violence, there’s no need for that.”

Watch the video below via CBS New York: