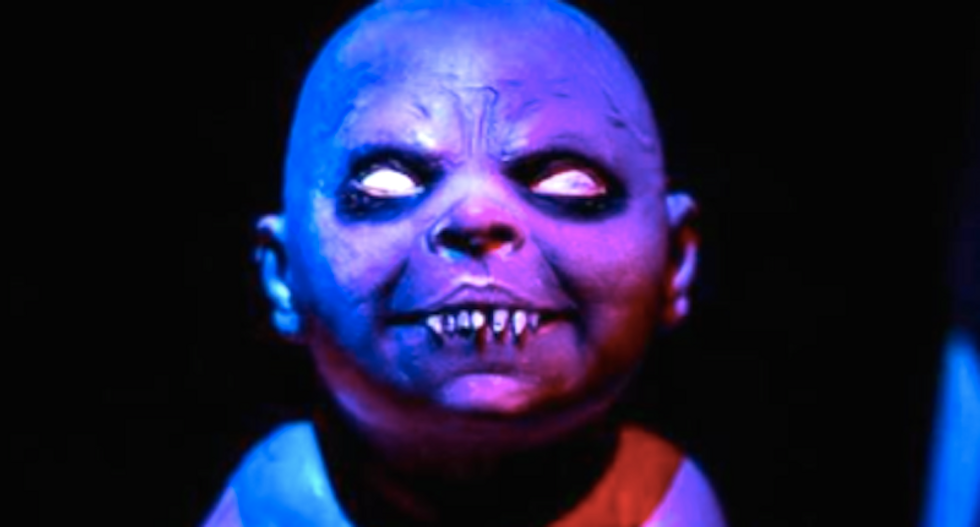 An Ohio man again set up his controversial zombie-themed nativity scene -- which was targeted by vandals soon afterward.

Jason Dixon, of Sycamore Township, has set up the spooky display at his home each year since 2014, but last year he was hit with more than two dozen misdemeanor citations that were eventually dropped, reported WLWT-TV.

The township cited Dixon for 27 zoning violations worth $13,000 in fines, but those were eventually dropped after the Hamilton County prosecutor declined to pursue the case.

Dixon's display replaces religious figures with zombies, and the set's "baby Jesus" figure has fangs and blood spilling from its mouth.

"We are not atheist," Dixon says on a Facebook page about the display, which he claims is an artistic rather than a religious statement.

Dixon said he awoke Tuesday morning to find vandals had damaged the display.

The vandals had broken off the head from the "Mary" figure and kicked over other portions of the display and scattered items across Dixon's lawn.

Dixon said the proceeds from T-shirts and stickers he sells this year will go toward paying off legal fees from last year.