WATCH: 83-year-old Florida man rammed car salesman with his car and beat him with a golf club 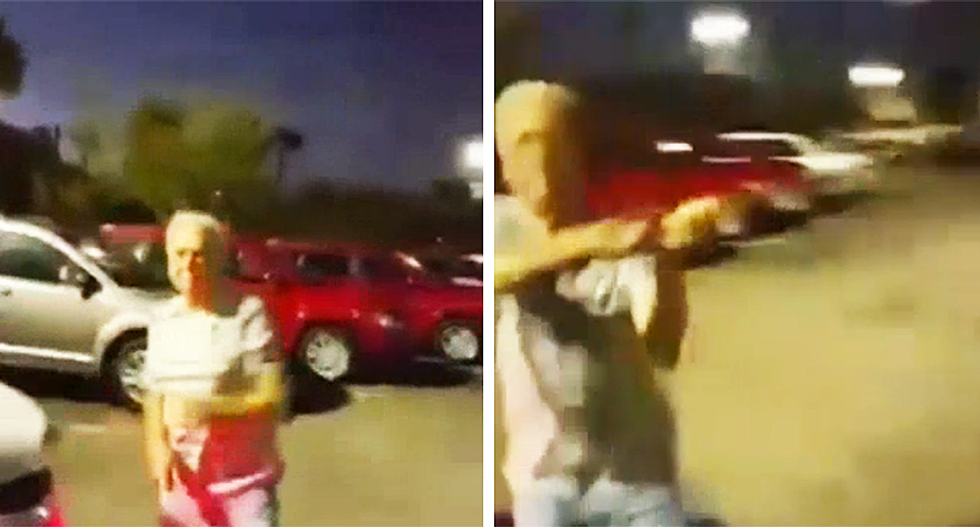 Police report that an 83-year-old man was arrested in Sarasota, Florida after he allegedly went "swinging for sales." The entire event was captured on cell phone video.

Lindsey Owens drove to an outdoor car sale at the Westfield Sarasota Square Mall, trying to claim a promotional prize that he received in the mail, NBCMiami reports. Like many promotions, the fine print explained Mr. Owens would have to buy a car to get the prize.

The salesman tasked with the unfortunate responsibility of revealing the reality of the prize alleged that Owens became so angry he started swinging. He is accused of hitting the salesman with his car. At that point, the salesman turned on his cell phone camera. Owens is seen retrieving a golf club from the trunk of his car and the salesman alleges Owens beat him with it.

The salesman managed to capture the entire incident on camera. Speaking over the phone, he told NBCMiami that Owens was "pretty upset" over the prize he didn't get.

"I guess he drove about 8 miles to get there and thought he should've been entitled to something more than that," the salesman explained.

He suffered only minor injuries and Owens was taken into custody, charged with two counts of aggravated battery. The salesman remained empathetic and understanding despite his injuries, explaining he felt sorry for Owens. He said that he hopes the senior citizen can get some anger management or counseling.