WATCH: Passengers cheer as 'disorderly couple' gets arrested after forcing Delta flight to turn back 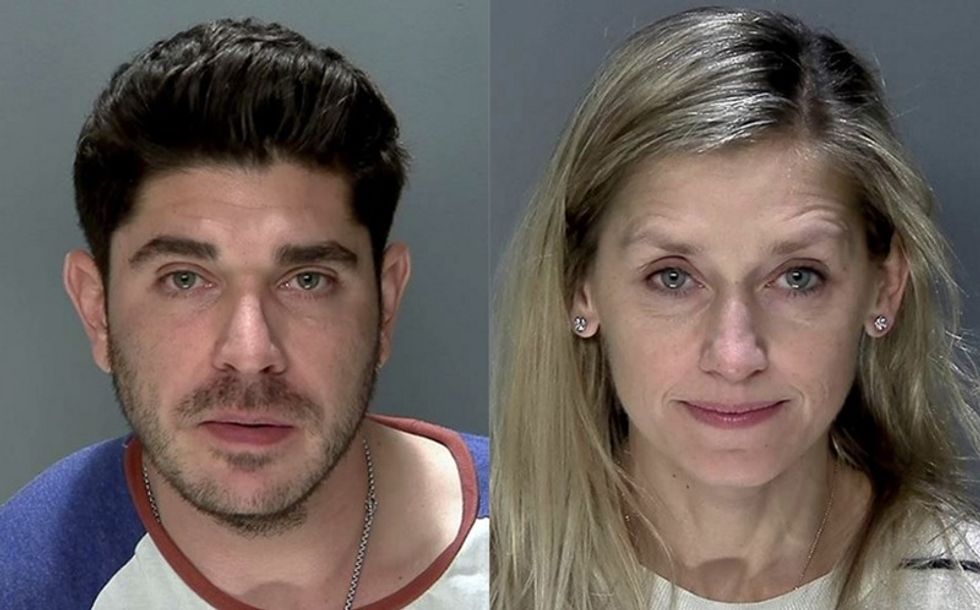 A Los Angeles-bound flight was re-routed back to Minneapolis-St. Paul International Airport on Wednesday evening due to the behavior of a "disorderly couple," the Star Tribune reported.

The flight left the Twin Cities at 6:20 p.m. local time toward LA, only to land back at MSP at 7:35 p.m due to an incident involving couple Blake Fleisig and Anna Koosmann. Airport spokesman Patrick Hogan said, "The flight crew reported a disorderly couple on board not obeying flight crew instructions."

Delta spokesman Ashton Morrow said that the couple "became aggressive and created a disruption in the cabin," though it's unclear what exactly happened.

In a video published by City Pages, a passenger on the flight can be heard saying, "Her boyfriend attacked somebody back there." The video shows as police enter the plane to arrest the couple while other passengers cheer as they are being removed.

As she is escorted off the plane, Koosman says something like, "You better f*ck your stucking..." Another person is heard telling her "You're already going to jail" and "You're famous." She responds, "For what?"

To make matters even more interesting, the altercation took place on a Delta airlines plane, the airline that has had its fair share of controversies in recent months.

Such incidents include a black doctor who flight attendants did not believe was a doctor, a Muslim family that was forced to leave their seats after they were verbally attacked, and a Trump supporter who went on a rant against "Hillary b*tches."

See the video of Fleisig and Koosmann's arrest below.

The FBI is currently attempting to track down hundreds of supporters of Donald Trump who stormed the U.S. Capitol on Jan 6th after receiving a flood of tips from "rioter's angry ex-wives and former girlfriends and employers turned tipsters," reports USA Today.

Although law enforcement officials have charged 300 of the insurrectionists for varying crimes committed following Donald Trump's "Stop the Steal" rally, the report states hundreds more can be expected after the FBI pulled investigators off drug trafficking and child sex crime cases.

An internal FBI report warns that white supremacists are trying to join police departments and the United States military in order to wage a race war against nonwhite Americans.

The report, which was written by the FBI's division in San Antonio and was obtained by ABC News, claims that white supremacists will "very likely seek affiliation with military and law enforcement entities in furtherance of" their goals of sparking a race war within the United States.

Former Fox News host Megyn Kelly offered some unsolicited advice to Oprah Winfrey while watching her bombshell interview with Prince Harry and Meghan Markle, and she was met with ridicule and criticism.

Kelly, who was paid nearly $30 million by NBC after losing her poorly rated program over her apparent defense of blackface, offered a litany of questions she wished Winfrey had asked in the interview, which reminded many viewers of the longtime talk show host's formidable skills.