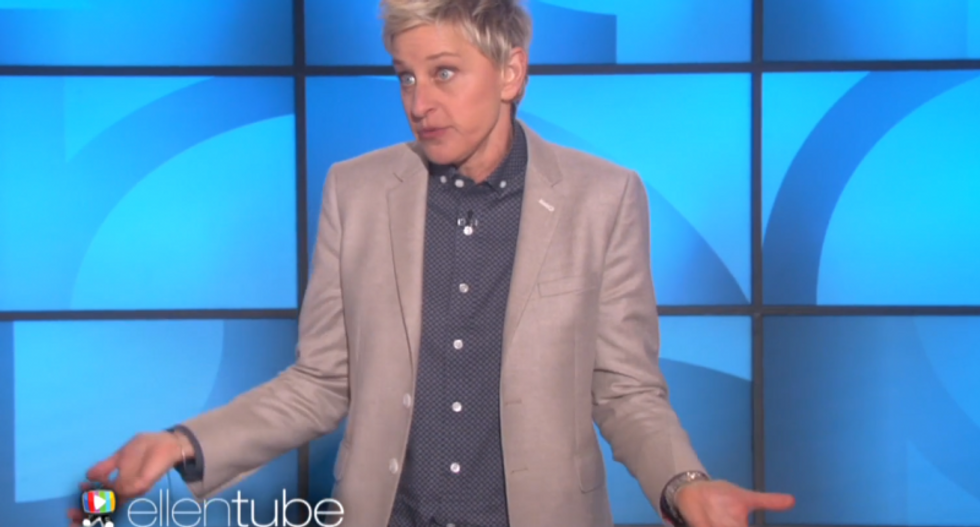 A video has emerged of gospel singer Kim Burrell attacking LGBT people as “perverts” and sinners, just days before she is scheduled to appear on The Ellen DeGeneres Show.

The video, published December 30 on YouTube, shows Burrell preaching a sermon against homosexuality. "Anyone filled with the homosexual spirit, beg God to free you... That perverted homosexual spirit, and the spirit of delusion and confusion, it has deceived many men and women," she yells in the video.

Burrell also said that Bishop Eddie Long, who is rumored to be suffering from HIV or AIDs, was an "embarrassment to the church" because of his alleged illness, suggesting it was related to homosexual activity.

Burrell is scheduled to appear January 5 on The Ellen Degeneres Show to perform “I See Victory” with Pharrell Williams.

Watch the sermon below:

Burrell on Friday night posted a Facebook Live video responding to the controversy stirred up by her sermon.

“We’re not in a war against flesh and blood," she said. "I came on because I care about God’s creation and every person from the LGBT and anything else, any other kind of thing that is supporting gay -- I never said LGBT last night. I said S.I.N. and whatever falls in the sin was preached.”

"What I posted was not all I preached to... isn't that something? That is design of the enemy to make it look like I have a personal agenda against people... to the carnal all things are carnal, and to the spiritual all things are spiritual."

Black Lives Matter activist DeRay Mckesson, who is gay, said in a series of tweets that Burrell's sermon was a "reminder that, for many of us, the church is a space of faux liberation and hypocritical theology."

To all of the gay people who listened to Kim Burrell's sermon, remember that you are whole and that she does not represent love in any form.
— deray (@deray) 1483196937.0