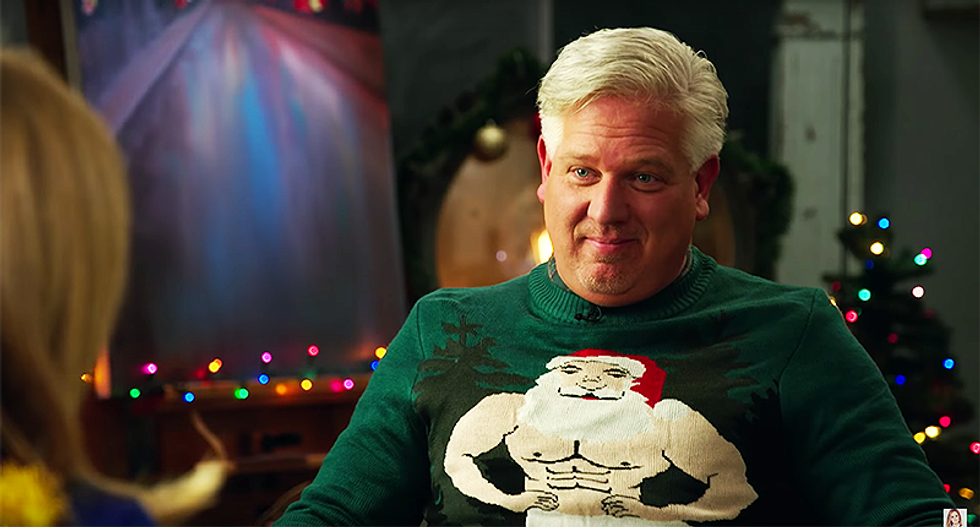 In one of her strangest interviews yet, "Full Frontal" host Samantha Bee sat down with conservative media giant Glenn Beck, and the two agreed that together they'd fight "Trumpism."

The two agreed that each other's supporters are mortal enemies of the other, yet somehow we all have a common foe: President-elect Donald Trump.

"You've said a lot of crazy bullsh*t, OK?" Bee explained. "For people in my world, even if all you said for the rest of your life were reasonable things, I feel like you've still earned a permanent side eye from them. Is that OK with you?"

Bech somehow argued that it was "rational" for him to do so. During the election, Beck fought against Trump as a conservative purist and supporter of Ted Cruz. It's unclear if he would admit the same is true for the supporters of his political enemy.

Bee explained that the future they both have feared has become a reality and if they're going to fight back against Trump the two must form a "broad coalition of non-partisan decency," she explained. "It's not just individual people against Donald Trump, it's all of us against 'Trumpism.'"

Beck said that he agreed to the interview because he assumed Bee didn't want to do damage.

"As a guy who has done damage, I don't want to do any more damage," Beck claimed. "I know what I did. I helped divide. I'm willing to take that. My message to you is please don't make the mistakes that I made, and I think all of us are doing it. We're doing it on Facebook. We're doing it on Twitter. We tear each other apart and we don't see the human on the other side."

Bee was shocked. "Goddamnit, Glenn Beck, I'm sorry, G-D-it Glenn Beck, now you've disarmed me," she said as a voiceover. She argued that this is what is so confusing if you're suspicious of Beck.

"He seems, ugh! Tartar sauce!" she pretended to swear. "To be a deeply sincere and decent person. He was criticized harshly by many of his fans when he spoke out against Trump. He supports various charities like one that helps women rescued from ISIS. He also drew fire from his own side when he took toys and clothing and $2 million of food to undocumented immigrants on the southern border."

Beck's message has changed from a call to arms to beyond pessimism. "I'm a catastrophist. Have you watched me?" But he also blamed Bee for adopting some of the traits that he has. For example, Bee believes we could very easily turn into a fascist dictatorship under Trump. He never thought of it as part of his legacy, but it's become what he is most known for.

"What I was thinking about is that this had honestly been one of the strangest days I've ever had," Bee confessed. "Maybe we're both suckers but very cautiously by fits and starts, Glenn Beck and were becoming allies?"

Still, Bee was dubious, wondering if Beck would become Lucy to her Charlie Brown and pull the football away once again. Yet, somehow, their skin touched. In a strange moment of tolerable friendship, the two then shared a "strange bedfellows cake" as one of the strangest Christmas miracles in politics.

Check out the weird interview below: