WATCH: Woman in tears after Victoria's Secret store kicks her out ‘just for being black’ 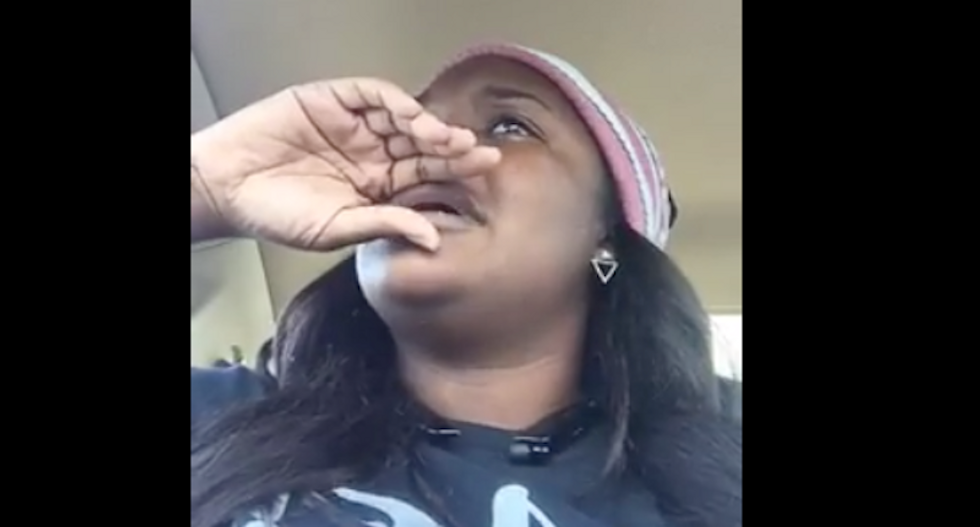 Kimberly Houzah claimed she was told to leave a Victoria's Secret in Oxford, Alabama on Wednesday after the store caught another black woman shoplifting, AL.com reports.

Houzah broadcasted a Facebook Live video to her account from the store at the Quintard Mall. "Completely furious, I could literally cry," she said. "I'm at a Victoria's Secret at the Oxford mall."

Houzah alleged in the video that she could buy anything in the store that she wanted, but because another black woman was caught shoplifting, she was also asked to leave.

"I never would have thought in a million years that would happen to me," she said. "She didn't check my bag, she didn't accuse me of stealing. But because I'm black and another black person got caught stealing, we gotta be affiliated."

A corporate spokeswoman of the company said they are aware of what happened. She said, "We are currently putting together all the information we can gather."

Houzah left the store and was in tears as she continued her livestream. "I was put out of Victoria's Secret just for being black," she said. "I'm so upset."

"I just happened to be black in Victoria's Secret."

Watch her video below.