'We can do a lot with few people': Group pledges 'widespread civil resistance' at Trump inauguration 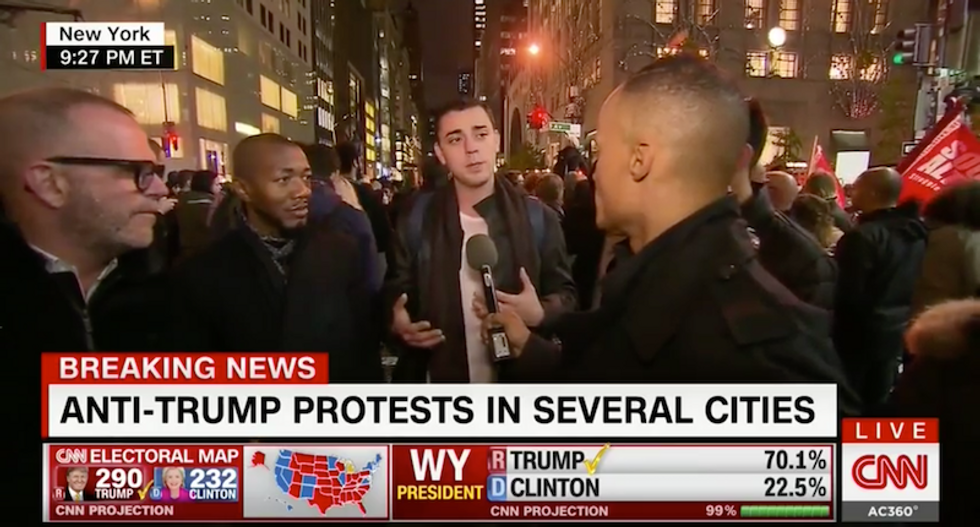 A group of anti-Donald Trump activists are planning to bring mayhem to Washington D.C. during the president-elect’s inauguration weekend, ensuring the city welcomes its newest resident with “widespread civil resistance,” DCist reports.

"The number of counter protesters showing up is off the charts," D.C. Counter-Inaugural Committee member Legba Carrefour told DCist. The group is organizing under the name “DisruptJ20,” with the goal go “[undermining] the legitimacy of the incoming administration by ruining the inauguration.”

While a number of activist groups are planning large-scale peaceful protests during Trump’s inauguration, “DisruptJ20” hopes to suspend the city, blockade morning traffic, march without permits and potentially interrupt the ceremony.

“We can do a lot with few people,” Carrefour told the DC blog.

DisruptJ20 plans to offer housing, food and legal training for up to 1,000 protestors, but organizers are unsure of how many people to expect. "None of us have been in a situation quite like this,” Carrefour acknowledged.

Carrefour said while the base of DisruptJ20 “would be described as anarchists,” they welcome liberals and progressives who “don't share the same politics as we do, but share the same values.” The group is also offering a permitted rally at Columbus Circle at noon on inauguration day for those who do not want to risk arrest.

"We're talking about no peaceful transition,” Carrefour said of the group’s main goal, adding they “really reject” calls for a smooth transfer of power. “ It does nothing more than reinforce power against the oppressed.”