‘We’ll fight it’: Town in an uproar after ACLU seeks to remove cross from public Christmas display 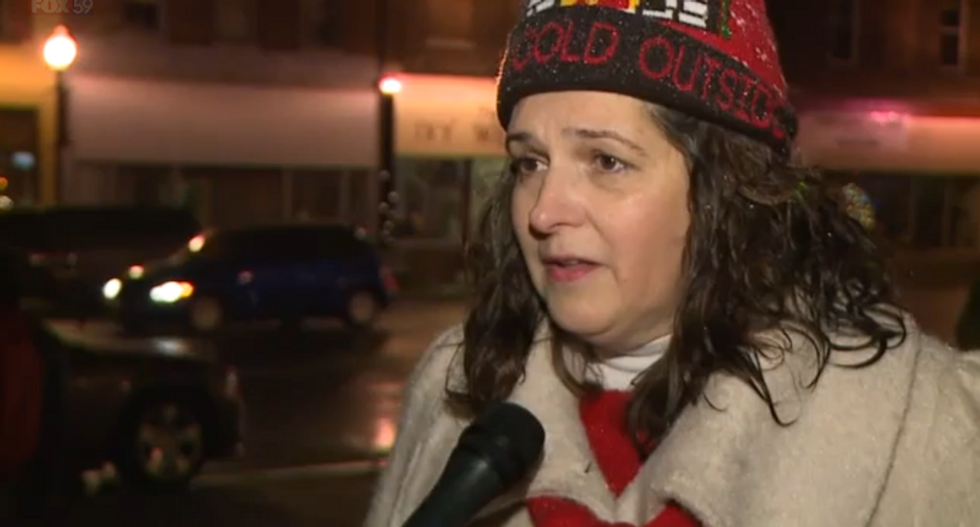 Residents of a small Indiana town were not happy when the ACLU sued the town over the cross that topped a Christmas tree display, Fox59 reports. In fact, they're responding by putting up crosses all over Knightstown, a town of just 2,100 people.

The ACLU filed the lawsuit on behalf of Joseph Tompkins, a resident who claimed that the cross is a violation of his First Amendment rights. According to the Indy Star, court documents note that Tompkins "objects to any of his tax dollars going to pay for the erection or maintenance of the display or the lighting of it."

One resident who lives near the display, Lau Ghioc, suggested that the issue can easily be amended by simply giving Tompkins his money back. "I think we can find people in this town that can replace [his financial contribution] to give to him and not have to worry about."

The lawsuit requests for the cross to be removed from the Christmas tree's display and for Tompkins to receive financial damages for being "forced to come into direct and unwelcome contact with the cross display."

Residents of Knightstown are responding to Tompkins' lawsuit by erecting crosses across the town in their yards, stores, and cars. Another resident, Patricia Hutson had an idea to make hundreds of wooden crosses to pass out to residents. "I just thought we should rebel some way or let him know how we feel,” she said.

"I hope [the crosses] make people realize that we should speak up for what we believe in and stand up for it and not be pushed around," Hutson added.

The ACLU of Indiana's complaint, signed by legal director Ken Falk states, "The cross is the best known symbol of Christianity and Knightstown’s prominent display of this symbol represents an establishment of religion in violation of the First Amendment to the United States Constitution."

Resident Cynthia Sturgill disagrees, however. "It’s not all about just Christianity. It’s about memorial, loss of family, loved ones, the veterans," she said.

"As long as I’m around and family, friends, town, we’ll fight it every bit of the way," Sturgill added. "We don’t want the cross to come down."