'We're not at war', stoic Germans say after Berlin attack 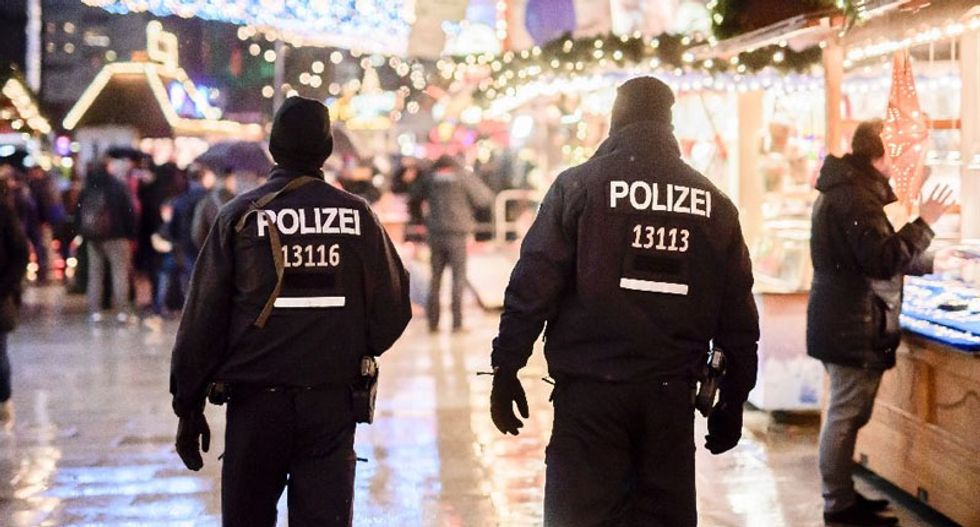 The Berlin attack may have rattled nerves but, mindful of their own dark history, Germans are resisting calls for a security overhaul and reject any talk of being at war -- setting the country apart from other jihadist-hit nations.

Long-held fears of a major attack on German soil became reality on Monday when an extremist rammed a truck into a crowded Christmas market, killing 12 people and injuring dozens. The suspected attacker, 24-year-old Tunisian Anis Amri, was shot dead by police in Italy early Friday.

The attack, claimed by the Islamic State group, horrified Germany, which had until now escaped the type of jihadist carnage seen in neighbouring France and Belgium.

But while the shock and grief are the same, there are no cries for a state of emergency and there is no question of flooding the streets with armed soldiers.

Chancellor Angela Merkel herself on Thursday said she was "very proud of how calmly most people reacted to the situation".

Experts attribute the sang-froid in part to Germany's past as an instigator of two world wars, making its citizens today deeply suspicious of any kind of heavy-handed security response.

And whereas the US declared a "war on terror" after the September 11, 2001 attacks and President Francois Hollande said France was at war following last year's Paris assaults that killed 130 people, such talk is quickly shut down in Germany.

Klaus Bouillon, the interior minister of Saarland state, found out as much when in the immediate aftermath of the Berlin attack he said Germany was "in a state of war", sparking outrage that forced him to backtrack on the comments.

"Terrorists are evil criminals, but the country is not at war," the Sueddeutsche Zeitung's co-editor in chief Kurt Kister hit back in an editorial.

Christian Tuschhoff, an expert on international terrorism at Berlin's Free University, said Germans are particularly sensitive to the word.

"Here, we associate war with a form of organised violence between states, and in several historic cases Germany was the aggressor. That's why we are very reluctant" to use war rhetoric, he told AFP.

While German authorities came under fire for letting the prime suspect in the Berlin attack -- a known jihadist who was supposed to have been deported -- slip through the net, there has been no major clamour for a security revamp.

Before the truck rampage, the government had already moved to strengthen security in response to earlier, smaller IS attacks, including by tightening asylum laws.

Merkel's cabinet on Wednesday also approved a wider use of CCTV and more bodycams for federal police officers.

Here too officials have to walk a fine line between security needs and the much-cherished right to privacy, in a country still haunted by the surveillance carried out by the Nazis and the communist-era Stasi secret police.

But there is no question of armed soldiers patrolling the streets to reassure nervous citizens, as has happened in France, and in Belgium after the Brussels airport and metro suicide bombings in March.

For now, Germans seem content with their country's balance between having freedom and feeling safe.

"If we were to secure everything, control all the entrances to public spaces, that would no longer correspond with our culture of openness," said Berlin mayor Michael Mueller.

On the streets of the German capital, where the reopening of the Christmas market on Thursday marked a defiant return to normal life, locals were equally stoic.

"Sadly, it will probably not be the last attack that we experience here," one resident told AFP, declining to be named.

"And anyway, there is no such thing as 100 percent security. No one can guarantee that, no police, no state can achieve it," he said.