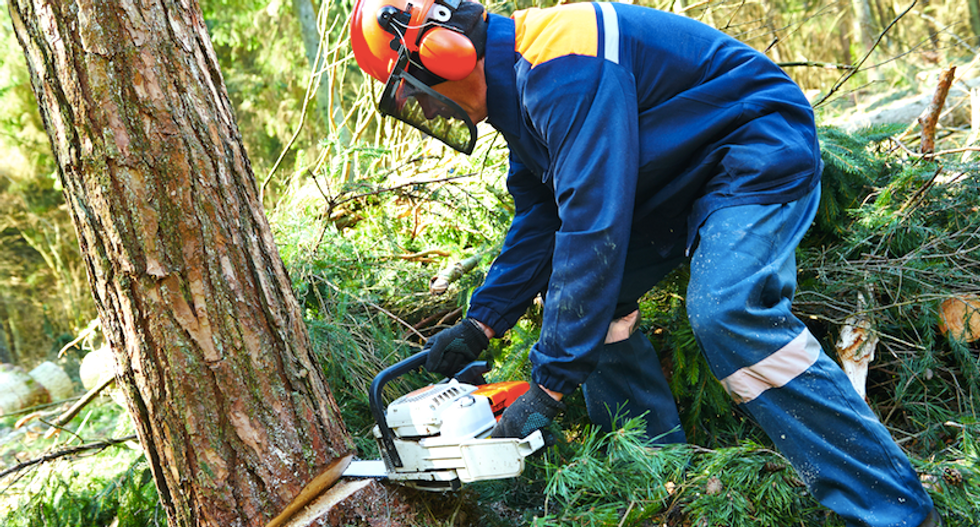 The white working class surprised many pundits and social scientists by supporting Donald Trump, leading some to describe the election results as a “whitelash.”

The fact that the president-elect successfully mobilized this population was far from inevitable. After all, a fair number of Trump supporters once voted for Obama. A good many of them, when questioned, explained that they “didn’t really like either candidate,” or that they “wanted a change.” History certainly shows us that populist fervor can shift left and right.

Consider Oregon. That Portlandia-style bastion of crunchy granola togetherness also has a long history of racism, such as early 20th-century laws which permitted blacks to pass through towns but required them to leave by sundown. More recently, anti-government militia groups have consolidated their influence there. Many of its residents share a great deal in common with other Americans who live outside of cities: Their lives are more precarious today than they were even a few decades ago.

Twenty years ago, I interviewed dozens of residents of a small town that had been swept up in a local populist rebellion, part of a statewide campaign against gay rights that predicted Trump’s politics of division. Timber communities like Cottage Grove, in the middle of the state, became laboratories for a right-wing populism that appealed to nostalgia, exploited people’s fears and distrust of elites, and turned neighbors against one another. But it also gave rise to a progressive populism, at least for a while.

Economic anxieties make people more susceptible to political messaging that exploits social divisions, promising simple solutions to complex problems. But the experience of Oregon shows that the appeal of reactionary populism ebbs and flows, and can be mitigated by grassroots political organizing.

As I describe in my book, the lumber industry in the Pacific Northwest once created jobs that were secure, unionized and paid enough to support a family. A sense of economic security made rural Oregon a pretty live-and-let-live sort of place. 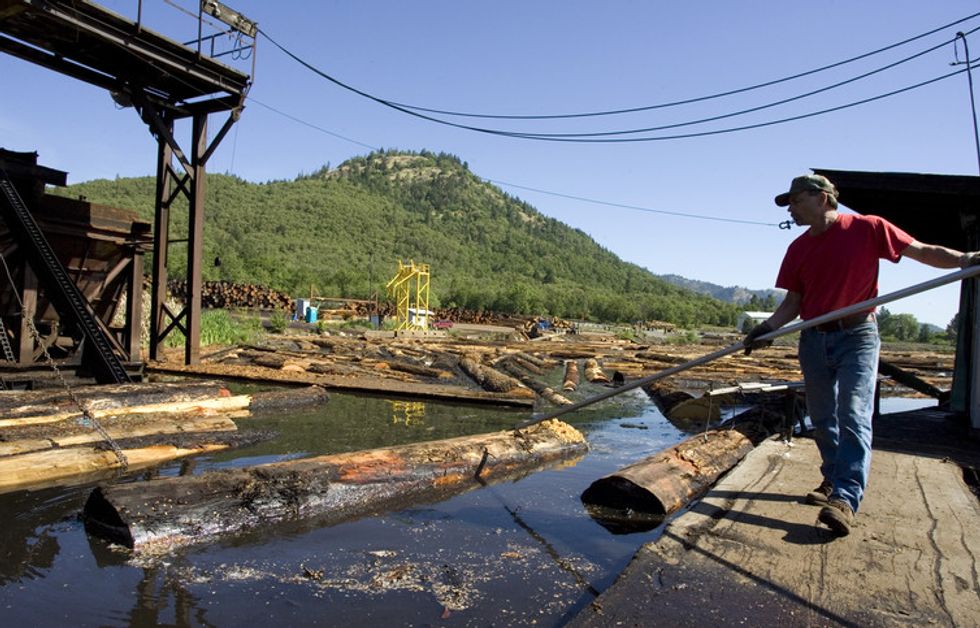 But in the 1980s, automation, tougher environmental regulations and a sluggish national housing market, coupled with globalization, led to the collapse of the timber industry. While the city of Portland enjoyed a high-tech fueled upswing, middle-aged men and women in rural Oregon were forced to settle for low-paying service sector jobs, or leave their hometowns in search of work. People started camping in vans, thrift stores cropped up everywhere and evangelical Protestantism became a refuge. 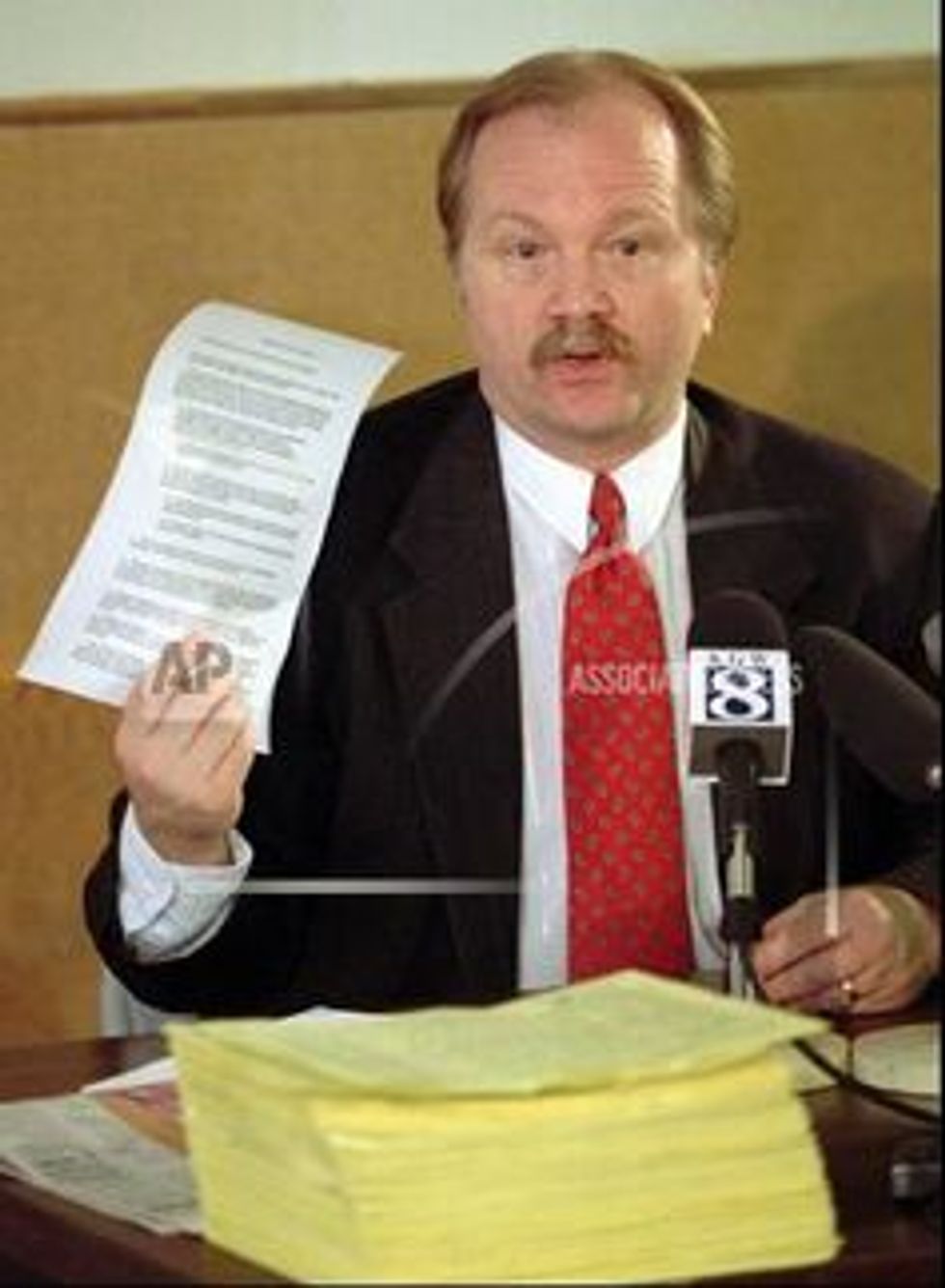 Oregon Citizens Alliance founder Lon Mabon holds up a draft of ‘The Family Act’ in Brooks, Oregon, Thursday, June 6, 1996, a measure that would bar same-sex marriages.

The following decade, an organization called the Oregon Citizens Alliance sponsored a series of ballot measures that promised to turn back the clock. It managed to convince many Oregonians that by fighting gay rights they could a stand against the “elites” that were eroding their small-town values, and restore the “natural” dichotomy of the sexes.

Though few area residents had ever met an openly gay person, this issue had surprising resonance. Families stopped their kids from playing with those whose parents were on the opposite side of the issue. Fistfights broke out at the high school. Practically overnight, the question of whether gays and lesbians should be recognized in the law, and given legal protections, became a central way small communities defined themselves.

The campaign offered a space where people could openly voice prejudices against sexual minorities, people of color and elites. By asserting their superiority over these groups, they could feel powerful, at least for a moment.

The campaigns did little to address the material insecurities they faced, however. When I questioned them, supporters of the anti-gay measures admitted as much. They weren’t certain that outlawing gay rights would address their problems, but they were willing to see whether it could. Though the ballot measures passed in rural Oregon, they failed statewide, and were ultimately declared unconstitutional.

Meanwhile, an organization called the Rural Organizing Project appeared on the scene.

The Rural Organizing Project reached back into the tradition of progressive populism, which had been a formidable influence in late 19th-century America. It brought together conservative Christians, loggers, people of color, laborers, office workers and farm workers, fostering relationships among people who hardly knew one another, though they often lived in the same small communities. And it challenged the belief that “white working-class” people march in lockstep.

“Human dignity” groups cropped up throughout the state, dedicated to the principle that targeting the “other” would not alleviate their problems. They trained people in the techniques of democratic process and small-group consensus, and changed the public conversation – at least for a while.

Twenty-odd years on, the majority of Oregonians may have voted for Clinton but most of the state’s rural citizens chose Trump in November.

Decades of neoliberal policies have eroded the economic power of vast numbers of Americans and failed to protect them from insecurity. Calls to deport illegal immigrants and build a wall around Mexico appeal to those who feel excluded by the current economic order, and who wish to address the corrosive affects of globalization.

“We’ve lost ground during the past 20 years, but without dialogue and a place for people to confront extremism, we’d be a lot worse off,” Kelley Weigel, executive director of the Western States Center, a Portland-based organization dedicated to progressive community organizing, told me recently. “The Rural Organizing Project and groups like it are critical to our collective future.”

Resisting the politics of division

While racism and sexism have deep roots in this country, labor unions, grassroots progressive organizations and the Democratic Party have, at times, enabled people to better understand the structural sources of their insecurity.

A recent study of 16 European nations found that a college education and union membership help inoculate workers against the far right’s message that immigrants, or racial and sexual minorities, are stealing our jobs.

“We’ve had a number of wins, which have resulted in cities and states passing policies that increased the minimum wage, offered paid sick leave, expanded public education, and protections for same-sex marriage,” says Weigel. But many of the organizations that could counter the appeal of right-wing populism are today struggling.

In the post-World War II era, one in three American workers belonged to a union. In today’s “gig economy,” only one in 10 does. During the past three decades, as the share of the work force in a union fell sharply, inequality in hourly wages increased by over 40 percent. If his nominees for secretary of education and transportation are any indication, Trump’s administration will be staunchly anti-union. And the Democratic Party, a potential bulwark against reactionary populism, has yet to put forth a viable national plan to alleviate economic inequality.

In this climate, the politics of division will continue to be an ever-present threat. Positioning the white working class as inevitably racist and sexist, however, may play into the very divisions that Trump’s campaign so effectively exploited. As Oregon’s story shows, organizations can help people understand the real sources of their insecurity, and challenge them to acknowledge their own racial privilege.