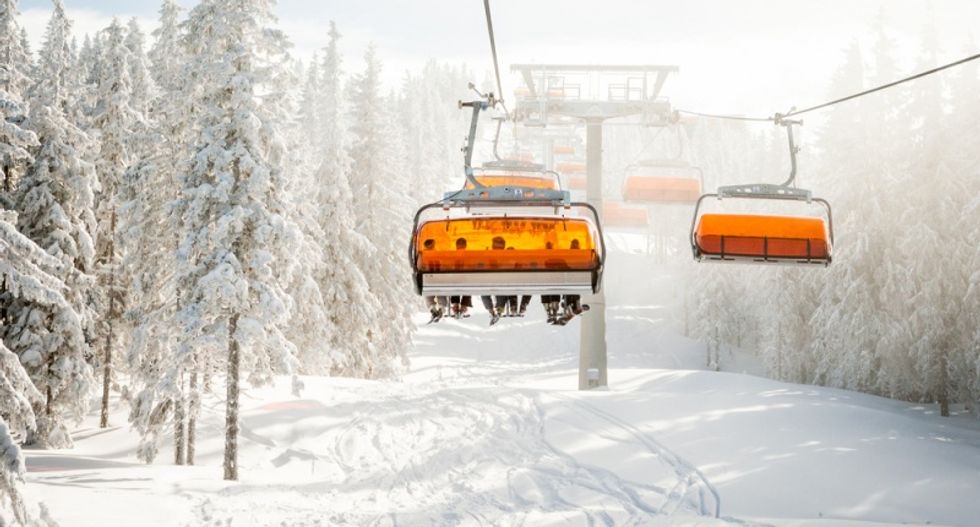 A Texas woman was killed on Thursday and her two young daughters hurt when they fell from a chair lift at a Colorado ski resort, authorities said.

The victims plunged about 25 feet from a lift at the Ski Granby Ranch in Granby, Colorado, at about 9:30 a.m. Mountain Standard Time (11:30 a.m. EST), Schelly Olson, a county public information officer, said in a telephone call.

Olson said the 40-year-old woman was pronounced dead at Middle Park Medical Center. Her 9-year-old daughter was airlifted to a separate children's hospital, where she was listed in stable condition.

The woman's other daughter, 12, was treated at Middle Park Medical Center before being released on Thursday afternoon, Olson said.

Names of the victims, who were visiting Colorado from San Antonio, Texas, were not immediately released by authorities.

Olson said the incident was being investigated by the Colorado Passenger Tramway Safety Board and local authorities, who were interviewing witnesses, but that it was too soon to determine what caused the fall.

"This is such a rare occurrence, people don't fall off of chair lifts at all," she said.