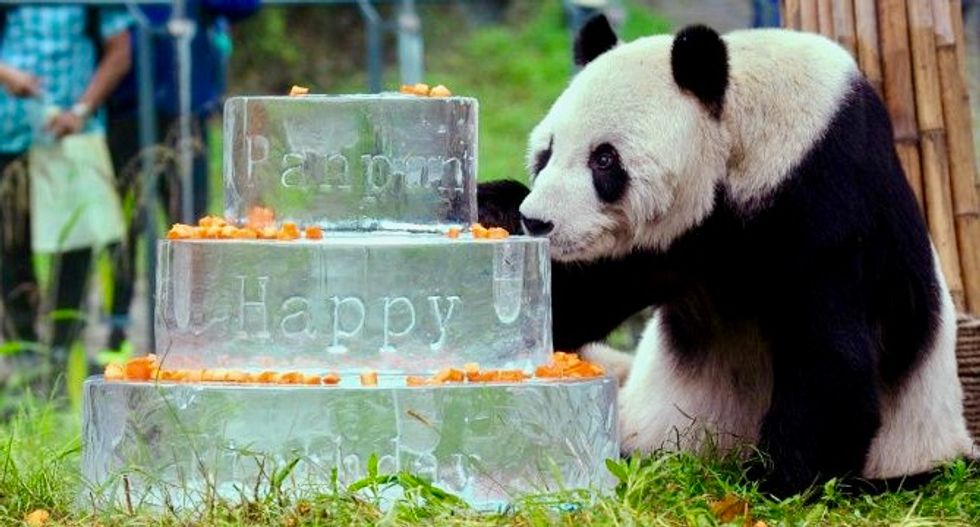 The world's oldest male panda, with more than 130 descendants -- a quarter of all the captive-bred pandas on the planet -- has died aged 31, officials said.

Giant pandas have a notoriously low reproductive rate, a key contributor -- along with habitat loss -- to their status as vulnerable on the International Union for the Conservation of Nature's (IUCN) Red List of threatened species.

But Pan Pan -- whose name means "hope" in Chinese -- was a prolific father, siring many cubs over the years that have gone on to have offspring of their own.

Announcing his death, the China Conservation and Research Center for Giant Pandas called it "heart-wrenching news" and said the "hero father" had been suffering from cancer.

"In the past three days, Pan Pan's condition rapidly deteriorated, losing consciousness and the ability to move and eat," it said on a verified social media account.

"He left us forever after rescue efforts by medical personnel proved futile. We hope that there is no more suffering from illness in heaven."

Pan Pan was born in the wilds of the southwestern province of Sichuan in 1985, but lived in captivity from just a few months old.

"Pan Pan was the equivalent to about 100 human years," Tan Chengbin, a keeper at the conservation facility in Sichuan where he was kept, told the official news agency Xinhua.

Pandas in the wild have an average lifespan of around 20 years, but those in captivity generally live longer.

The black and white bear, which symbolises wildlife protection efforts worldwide, was previously classified as endangered but its status was improved in the latest IUCN assessment.

The most recent estimates show a population of 1,864 adult giant pandas in the wild, up by more than a sixth over a decade, with experts crediting nature reserves, bamboo planting, farmer subsidies and commercial programmes for the increase.